The Trumps Refuse to Turn Over Keys to the Bidens — Michelle and Barack Obama have had Enough
POSTED BY WLAS November 18th, 2020 0 COMMENTS

Two days after Donald Trump’s victory over Hillary Clinton after the 2016 election, then-President Obama and first lady Michelle Obama welcomed the president-elect and the incoming first lady, Melania Trump, to the White House, a gesture symbolizing the peaceful transfer of power to a man who had launched his candidacy by spreading the lie that Obama was born in a foreign country.

Now, two weeks after Election Day and more than a week after the 2020 election was called for Joe Biden by independent observers, Trump is refusing to concede defeat, challenging the results with baseless claims of voter fraud and ordering officials not to cooperate with the transition.

And the Obamas are over it.

“This isn’t a game,” Michelle Obama wrote in a lengthy Instagram post Monday. “Our love of country requires us to respect the results of an election even when we don’t like them or wish it had gone differently — the presidency doesn’t belong to any one individual or any one party. To pretend that it does, to play along with these groundless conspiracy theories — whether for personal or political gain — is to put our country’s health and security in danger.” 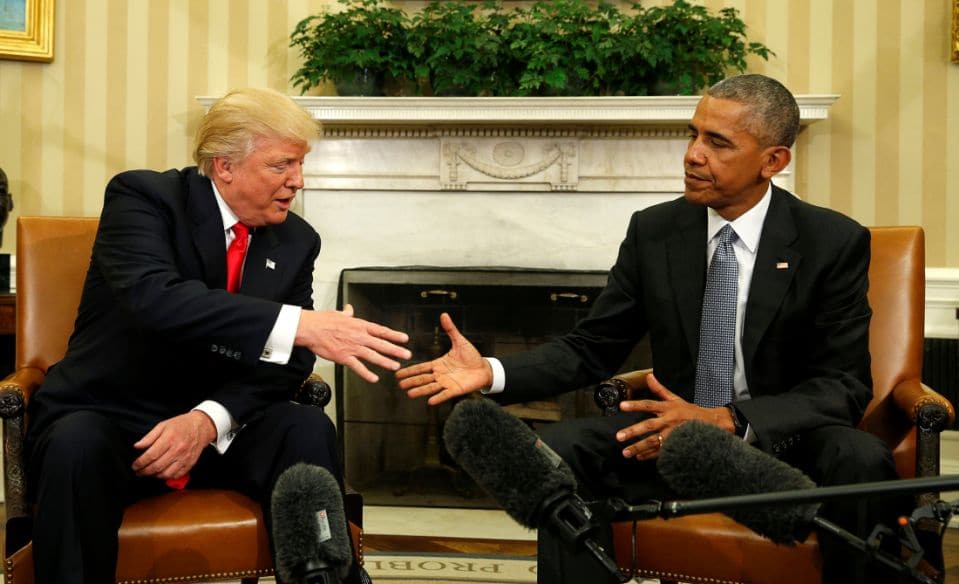 The former first lady said that this week she had been “reflecting a lot on where I was four years ago.”

“Hillary Clinton had just been dealt a tough loss by a far closer margin than the one we’ve seen this year,” Michelle Obama wrote.

“I was hurt and disappointed — but the votes had been counted and Donald Trump had won. The American people had spoken,” the former first lady continued. “And one of the great responsibilities of the presidency is to listen when they do. So my husband and I instructed our staffs to do what George and Laura Bush had done for us: run a respectful, seamless transition of power — one of the hallmarks of American democracy. We invited the folks from the president-elect’s team into our offices and prepared detailed memos for them, offering what we’d learned over the past eight years.”

It was particularly hard for Michelle Obama to stomach the invitation to Trump, who had championed the so-called birther movement, which spread the racist conspiracy theory that her husband, the nation’s first African American president, was not legally eligible to hold the office.

“I have to be honest and say that none of this was easy for me,” she wrote. “Donald Trump had spread racist lies about my husband that had put my family in danger. That wasn’t something I was ready to forgive. But I knew that, for the sake of our country, I had to find the strength and maturity to put my anger aside.”

During their White House meeting, Michelle Obama recalled that she talked to Melania Trump about her experience, “answering every question she had — from the heightened scrutiny that comes with being First Lady to what it’s like to raise kids in the White House.”

“I knew in my heart it was the right thing to do,” she added. “Because our democracy is so much bigger than anybody’s ego.” 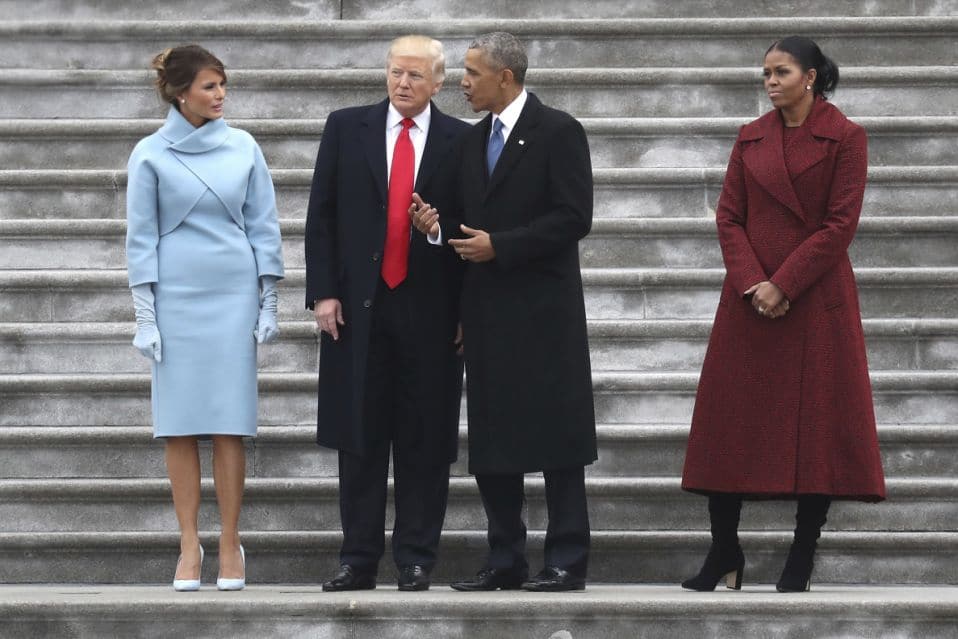 Barack Obama struck a similar tone in an interview with CBS’s “60 Minutes” on Sunday.

“A president is a public servant,” he said. “They are temporary occupants of the office, by design. And when your time is up, then it is your job to put the country first and think beyond your own ego, and your own interests, and your own disappointments.”

He added: “My advice to President Trump is, if you want at this late stage in the game to be remembered as somebody who put country first, it’s time for you to do the same thing.”