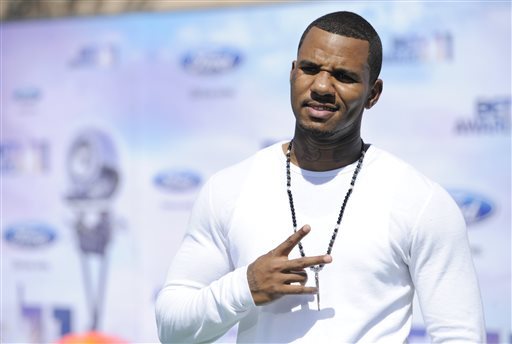 The Game has been named in a multi-million dollar lawsuit over a cryptocurrency company that promised to revolutionize the cannabis industry, but didn’t quite live up to its lofty goals.

According to court documents obtained by The Blast, The Game was added to a class-action lawsuit over his role in a crypto business named ParagonCoins, which claimed it would transform the cannabis industry by using blockchain technology to track every stage of cannabis cultivation, from the purchasing of seeds to the dispensary selling the final product to consumers.

The rapper promoted the brand’s initial coin offering on social media, which was marketed as a “path towards legalization of cannabis and a way to solve nearly every issue facing the cannabis industry.”

The lawsuit claims Paragon lied about their intentions and alleges they used the capital raised to purchase real estate, not transform the marijuana industry. Since the company allegedly lied to the investors about what the money would be used for, the lawsuit says The Game and Paragon execs violated the law as well, The Blast reports.

According to the documents, The Game is a member of Paragon’s “advisory board,” and they claim the company structured a deal with the rapper where he would use his celebrity status to promote Paragon and Paragon ICO.

Game followed through on his end of the deal by making several posts on social media, including one alongside Paragon CEO Jessica Versteeg, a former model and Miss Iowa 2014. 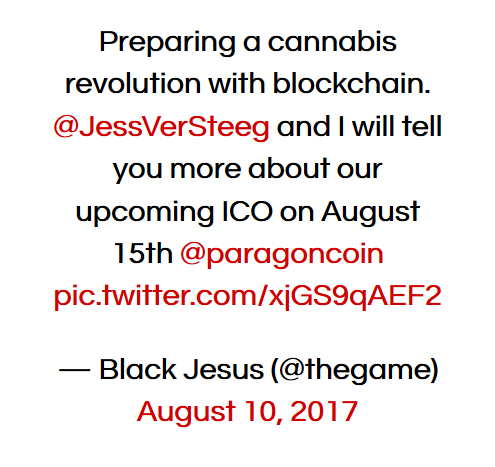 The suit demands a court order declaring The Game and Paragon execs violated the law, an injunction from them making any transfers of the capital raised, accounting of all remaining funds and an order for the recession of the investments made by the plaintiffs.

They are also seeking unspecified damages.

The original class action was filed in January, but the amended complaint was filed on June 22 and added The Game as a defendant.