From the federal response to the COVID-19 pandemic to environmental policies to immigration to social justice and more, the first 30 days of Joe Biden‘s administration have been seemingly spent painstakingly reversing all-things Donald Trump.

But there is at least one person who might beg to differ about that characterization: Omarosa Manigault Newman.

The former Trump ally-turned scorned White House snitch is being held to the same task by Biden’s Department of Justice (DOJ) that the former administration was upholding when it demanded she pays more than $60,000 for what appears to be a minor technicality motivated more by anger than fairness. The controversy turned into a lawsuit against Manigault Newman after she was infamously fired from the White House in 2017 and went on to write a tell-all book that included transcriptions of audio recordings she apparently made during her brief time as a Trump adviser.

Trump’s DOJ moved to sue her for failing to disclose financial information required by all White House staffers who leave their positions. As a penalty, Manigault Newman would have to pay $50,000, the lawsuit demanded back in 2019 when it was first filed. Fast-forward nearly two years and yes, there is a new presidential administration in place, but no, those old demands haven’t disappeared. In fact, the current DOJ has upped the ante in an indication that the longer Manigault Newman goes without paying, the higher the cost will ultimately be.

According to Politico, the current DOJ filed a new brief Thursday night effective asking Manigault Newman, “where the money at?”

Because Manigault Newman “made no attempt to file any Termination Report before September 2019, more than a year and a half after it was due and after this litigation was commenced,” she must pay $61,585, the DOJ wrote in its brief. After Manigault Newman apparently only partially submitted the required documents, “She remains out of compliance” with the Ethics in Government Act and must pay up.

Politico reported that lawsuits like these “are rare” and can typically be resolved by finally filling out the requisite paperwork and paying a nominal fine. 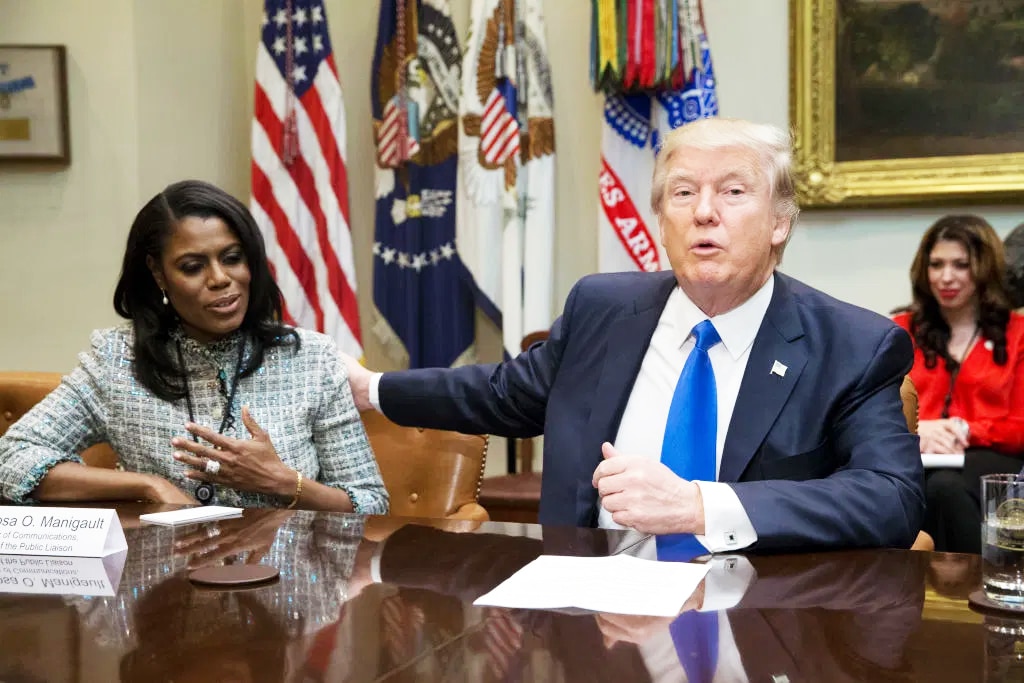 But Manigault Newman, who endorsed Biden’s presidential campaign, maintains that the White House wouldn’t allow her to have access to the documents she needs to complete her requirement and suggested she should be exempt since she considers herself a whistleblower for the allegations she made in her book, “Unhinged.”

Manigault Newman’s attorney partially described the lawsuit brought by Trump’s DOJ as “retaliatory.” He said he was planning to file a response to the new DOJ brief.

In the meantime, Manigault Newman remains on the hook for the $61,585 — a figure that seems likely to keep inflating the longer it goes unpaid.

Manigault Newman emerged as a reviled figure for her association with Trump following starring on his reality TV show, “The Apprentice,” years ago. After being named as a senior adviser to Trump, she would faithfully defend her boss, especially against claims made suggesting he is racist.

But things changed in December 2017 after Manigault Newman was fired and reportedly “escorted” out of the White House. She went on a media blitz after and still denied Trump was racist before revealing her secret audio recordings and comparing working in the White House to working on a plantation. She then claimed Trump was in “mental decline,” said he used the N-word and made herself available to testify in his first impeachment hearing (it never happened).