The Buckingham Palace Is Gaslighting Meghan Markle And We Don’t Like It
POSTED BY WLAS March 9th, 2021 0 COMMENTS 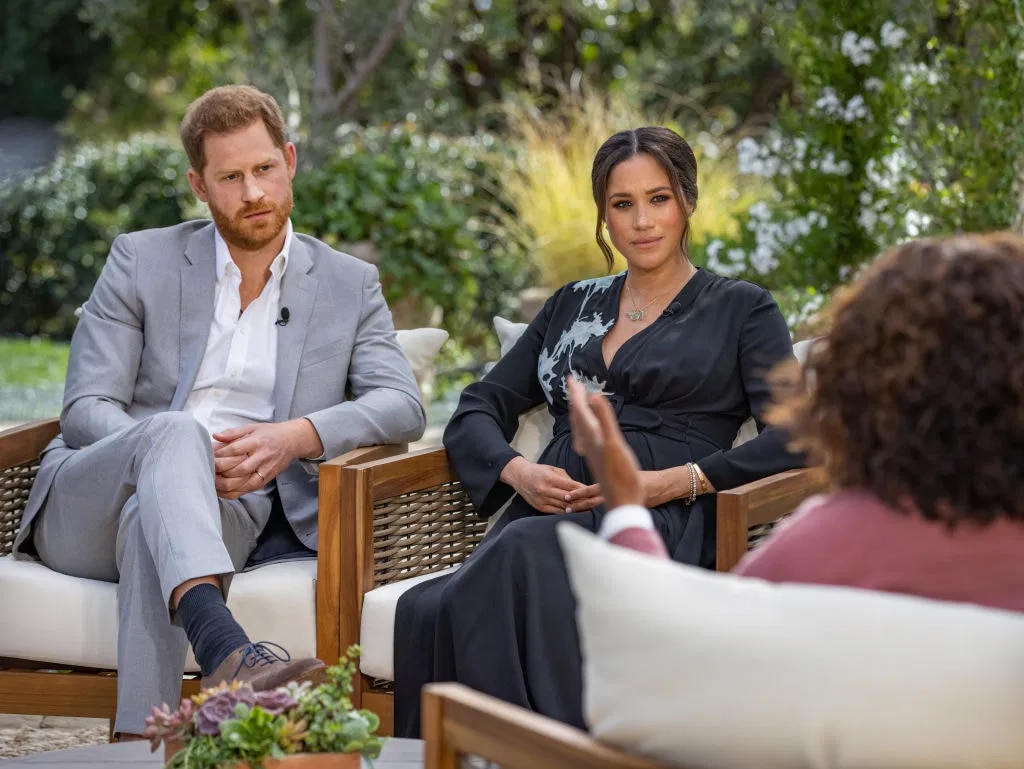 It’s been a year since Meghan Markle and Prince Harry were practically chased out of the UK, and for the most part, the head honchos at Buckingham Palace have been quiet. They were quiet when Markle was being bullied by the British press while pregnant with her first child, and they were quiet when the young couple filed several suits against said press. But now that Markle has found her freedom, taken the time to gather herself and fortify her voice, and is ready to speak about what she endured as a member of that royal family, all of a sudden, the palace wants to pipe up and conduct an investigation into her alleged bullying of staff members.

The British royal family has been notoriously unwelcoming of outsiders. And by outsiders, I mean anyone who dares show a modicum of human emotion or compassion for the rest of the world. Princess Diana went into great detail about her experiences—how she was neglected and maltreated because she suffered from morning sickness while pregnant and her long battle with bulimia. So, when one of her sons decades later decided to marry a Black woman, I can’t imagine it was an easy situation to walk into. Let’s never forget that time Princess Michael of Kent wore a blackamoor brooch to the Queen’s Christmas luncheon knowing damn well Markle would be present. It wasn’t cute.

What’s interesting to me is that the Duke and Duchess of Sussex haven’t shied away from the public. They have participated in several interviews since stepping down from the royal family and Markle even detailed her heartbreaking miscarriage in a poignant New York Times article. So, I have to wonder what is it about the Oprah interview that has Buckingham Palace so bothered? Why are they so intent on painting her as this raging bully who, as The Times of London reportedly claims, “drove two personal assistants out of the household and was undermining the confidence of a third staff member” all of a sudden? She’s okay to talk about basically anything else, but when it comes to her experiences as a royal, she has to be maligned before the interview even airs. Why?

The idea of keeping the monarchy shrouded in mystery has allowed them to control the narrative for so long and it seems they haven’t gotten the heads up that it’s 2021 now, and in this new day and age, we advocate for open communication. We do our best to see and hear others and even if we don’t agree with what they have to say, we at least give them the opportunity to express themselves. Their alleged teaming up with the British press to destroy Markle’s reputation and character in a space of two weeks is peak gaslighting, it’s bullying, and clearly retaliation. It’s emotional abuse at its height and it’s unfair to do to any person, let alone a pregnant woman.

And if I’m playing devil’s advocate for a second and believing that the palace cares about the well-being of people and that’s why they’ve been so serious about this investigation, then when is their inquiry into Prince Andrew’s friendship with Jeffrey Epstein coming out? The man was literally photographed with one of Epstein’s accusers along with his partner in crime, Ghislaine Maxwell, and yet, they haven’t looked into the extent of his involvement with the sex offender. He stepped back from royal duties on his own in 2019 after an unfavorable interview with the BBC.

I have to make the argument here that maybe the palace’s newfound zest for justice is not about preserving or defending its employees. It’s about looking out for themselves and an attempt to discredit anything the Duke and Duchess of Sussex have to say about their experiences with the royal family over the course of their tenure as senior royals. Granted, Markle might have been a bully to her employees. I’m not saying that’s not possible. We wouldn’t know. But if they’re going to hold one royal’s foot to the fire, then they have to do the same for all of them. The palace cannot launch an investigation into Markle’s “bad behavior” and not do the same for Prince Andrew. Not when there is clearly more damning evidence for the latter situation.

People always ask victims of different abuses why it takes them so long to step up and advocate for themselves. This case is exactly why. This is now the second pregnancy this woman has gone through where she’s having to fight for her good name. And if the powers that be over at Buckingham Palace are not ashamed to malign her so publicly, then I have to wonder what her life was like behind closed doors.