Tevin Campbell Doesn’t Care If You Call Him Gay Because He Can Sing: “Y’all Homophobes Gotta Do Better”
POSTED BY WLAS October 13th, 2018 0 COMMENTS 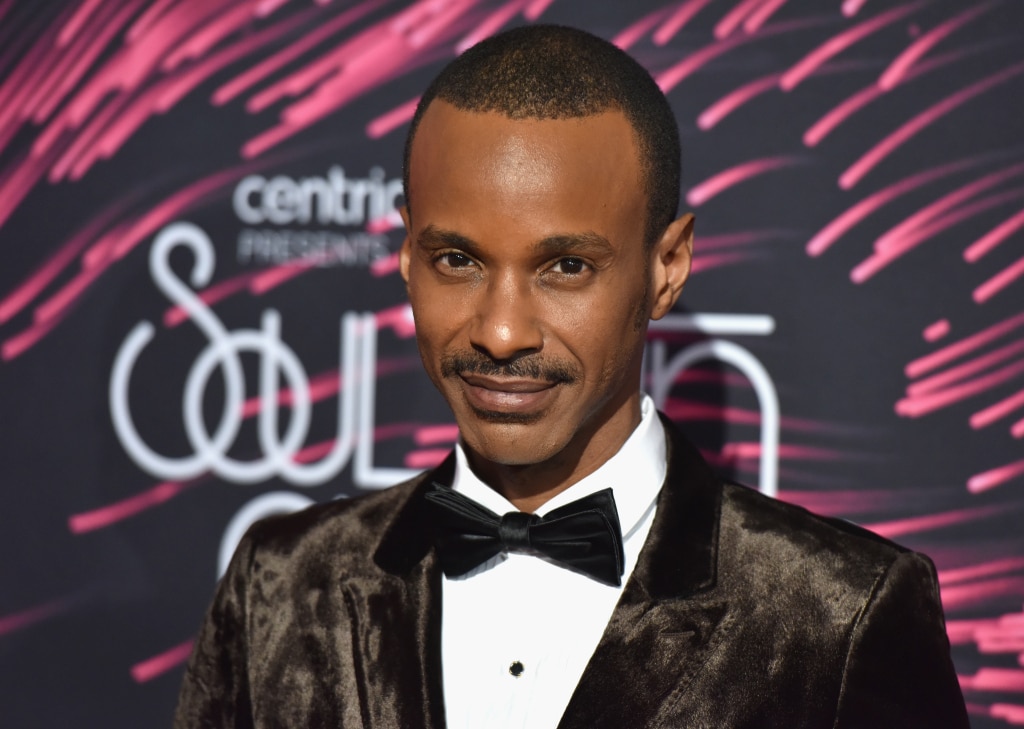 Tevin Campbell may not have released a new studio album since 1999, but the 41-year-old is still considered a beloved musical figure. However, that hasn’t kept the trolls of today’s social media culture from persistently trying to paint Campbell a certain way.

There have been questions about drug use, rumors that he’s been a victim of molestation, and all sorts of comments about his sexuality. Whether or not he was gay became a big question following his arrest for soliciting oral sex from an undercover policeman in 1999. When it comes to his sexuality, the “I’m Ready” singer decided to let folks know this week, after being weary of ugly comments about it, that no matter what they say, it doesn’t matter. He can still sing circles around your faves.

“Y’all homophobes gotta do better,” he wrote on Twitter. “The thing you will never ever be able to say about me is ‘that boy can’t sing.’ That’s the day I will be sitting at home crying and that day will be never.” 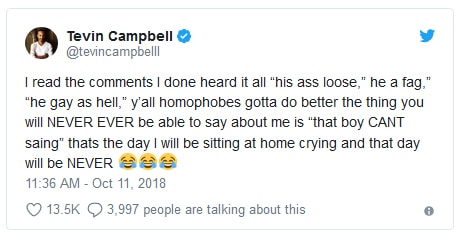 Campbell has spoken about his sexuality in the past. During an interview with former publication Sister 2 Sister, he told Jamie Foster Brown that he’s “try-sexual,” which is a way of saying he’s “open-minded.”

He also told IMissTheOldSchool back in 2009 that his sexuality shouldn’t be of concern to others.

“That’s nobody’s business. If someone is interested in me and they wanna be my friend or whatever, then we can talk. It’s nobody’s business what I like to do behind closed doors, just because I am a celebrity,” he said. “I hate that. And I like the fact that people wanna know. Let ‘em wonder. I like to leave a little bit to the imagination. But if you happen to get to know me and we hit it off… I share a lot of personal things with friends, which is a normal thing to do.”

After Thursday’s tweet, the real question is…when are we getting some new music, Tevin?!