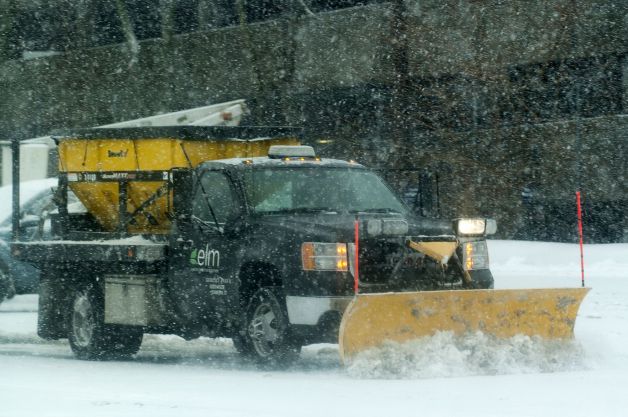 The Northeast is on alert — urging drivers to stay off roads — as the fourth storm in three weeks drops snow that in Boston has exceeded 45 inches in February alone.

It takes a fraction of that to get residents in the South into emergency mode. Sometimes, it doesn’t even have to snow — just the possibility of wintry weather is enough for a partial shutdown.

The weather service issued a winter storm watch for North Georgia, warning of potential snow and ice accumulation on the roads.

This is likely all it will take to send shoppers to grocery stores Sunday, with memories of snow events a year ago in Atlanta and Birmingham, Alabama, that caused major headaches for residents.

Temperatures dropped in the Atlanta area on Sunday, and even though the forecast suggests the snow/ice mix will likely fall farther north, some school districts closed out of an abundance of caution.

Last year, it took less than 3 inches of snow to paralyze Atlanta, with motorists stranded for more than 20 hours in some cases.

CNN meteorologist Michael Guy explained the weather: “An area of low pressure will pick up Gulf moisture and collide with the cold air for a major winter event over the next couple of days for areas from Arkansas through Kentucky and Tennessee,” he said.

While last year’s debacle has Atlanta’s preparations in the spotlight, other parts of the South are bracing for worse weather in the next day or two.

Some areas in Kentucky could receive upwards of 10 to 12 inches of snow, Guy said.

The North Carolina Zoo in Asheboro closed because of “heavy wind damage to trees throughout the park.”

“No animals were injured and no buildings or exhibits were damaged,” he said.

Residents in other Southern states made preparations, too, from raiding the bread aisles at supermarkets to buying ice melt.