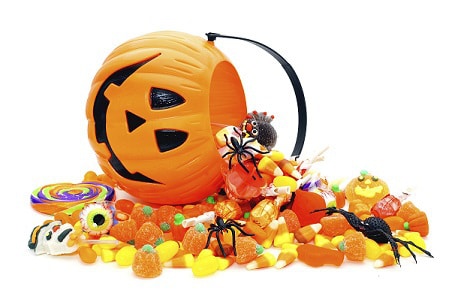 According to ABC13, Philadelphia police are investigating an incident that left a teenage girl and her 5-year-old brother in the hospital.

The siblings were out trick-or-treating when they were caught in the crossfire of two gunmen and wounded. ABC reports, 14-year-old Mikaya and 5-year-old Mael were enjoying the Halloween evening when the shootout began around 6:20 p.m.

Mikaya was grazed and Mael was hit in the leg. Mikaya was treated at a local hospital and released but Mael may need surgery to remove the bullet.

After leaving the hospital, Mikaya told local news that she was only thinking about her brother during the incident.

The children’s mother Dominique says she can’t understand how both of her children were shot while they were out having fun.

“It makes no sense to send your children out to trick-or-treat and then you get a phone call that not one but two of your children were shot,” said Dominique.

Brian Carlin, a witness tells local news, “It sounded like fireworks at first and that’s why I looked out the window; that’s when I started seeing the fire coming out of the guns. I was like ‘what the hell is going on?’ It’s Halloween. There are kids out here,” he said.

“It appears that at least one of the shooters was standing in very close proximity to where these children were,” said Philadelphia Police Chief Inspector Scott Small.

Dominique says she is grateful it didn’t end worse.

“I just want to thank God because it could have been a lot worse. I know there’s a lot of mothers that don’t see their children; as hard as this was, I just thank God it was kind of minor as far as them living,” said Dominique.

Investigators are looking for clues to help them identify the shooters.