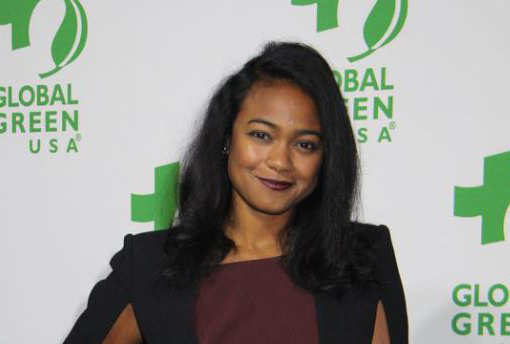 After all the rachet celebrity relationship drama we’ve reported on this week, it’s refreshing to end the week with some good, wholesome celebrity couple news. The Fresh Prince of Bel Air star and everyone’s favorite little sister, Tatyana Ali, is engaged and pregnant. And he’s a professor at Stanford University! (You may remember that Ali is herself a Harvard graduate) And she met her man online!

The 37-year-old actress, best known for portraying Ashley Banks on The Fresh Prince of Bel-Air, exclusively reveals to ET that she plans to marry her fiancé, Dr. Vaughn Rasberry, later this summer. And get this — the two are also expecting their first child together!

“Planning our wedding has been so exciting, but when we found out we were expecting, our perspective shifted completely,” the bride-to-be explains. “We want our ceremony to really celebrate our newest blessing! Plus, I have the best wedding planner, Michael Russo. He’s making everything so fun and stress free!”

The cute couple’s love story began a year and a half ago, when Ali decided to start online dating.

“Vaughn and I met on eHarmony!” she reveals. “It was my first time dating online. We wrote letters for months before we decided to Skype. And then, of course, met.”

And Ali can’t stop herself from gushing about Rasberry’s “perfect” proposal.

“He took me on a 45-minute hike in the Redwoods [in Yosemite, California], which he knows I absolutely love,” Ali shares. “And proposed in the most picturesque clearing. Just the two of us. It was so thoughtful and perfect. We’re best friends.”