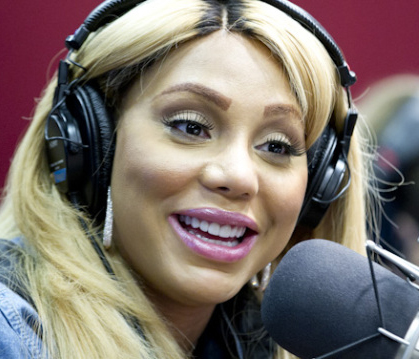 Tamar Braxton gave fans on the Love And War Tour a scare when she had a meltdown and nearly lost her voice during a concert in Las Vegas last night.

Friday was a tough for Tamar as her body gave out on her while she was on stage. It was so bad that her husband Vincent Herbert had to come out and hold her up before she left to take a long break in her set.

Her Tamartians weren’t sure what had happened to the “Braxton Family Values” star, but she broke it down for them in an open letter that she posted to Instagram today.

“I really felt like last night was #lightsout for me!” she wrote. “I felt sooo bad I was shaking. I honestly couldn’t remember a lyric ( which is nothing new) a dance step(everynight) but…I never lost my MYSELF where my body took over my mind and left me helpless. I wanted to stay but I couldn’t. I wanted to drink water and catch my breath but I couldn’t.”

Explaining that she’s never been left so helpless before, Tamar added, “I was powerless and heartbroken.”

The Love And War singer didn’t want to give up on her fans so easily, but she simply didn’t have the strength to go on at first. Knowing how dedicated and supportive her audience was helped her rally the energy she needed.

“I tried to get up and go back 3 times but I couldn’t move, talk, sing & worse, breathe. Not until I heard how after all that time past that you ALL was waiting for me no one left!” Tamar wrote. “I GOT my life last night cause u gave it to me! I walked back on stage feeling defeated, frustrated, scared, VOICELESS and STILL u ALL excepted &still loved the REAL Tamar.”

Tamar also credited the crowd with helping her fight her way through the rest of the show and singing the words when she could do it.

“THAT is how my voice came back I had a TON of energy and you even sang every song until I could do it by myself!! I KNOW you love me for ME!” she stated. “I’ll never forget how u changed my life last night & you all have left me feeling that I will NEVER be the same! Thank you for saving me!”