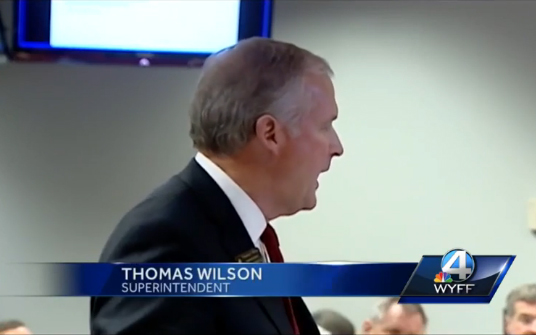 Superintendent Thomas Wilson said one of the topics that the administration discussed was the idea of consolidating T.L. Hanna and Westside high schools.

He said T.L. Hanna would be renamed Anderson High School and it would have 2,200 students. The Westside campus would be called Anderson Junior High.

Wilson has been superintendent for two years. He said he knows he has a long road ahead.

“Forget the Friday night high school rivalries and look beyond that. What can one plan like this do for this community? I believe it could unite us. I believe it can erase some divisions that have existed here since desegregation,” Wilson said.

Latasha Aiken said, “My opinion, I don’t think that that would be good idea in changing the schools and being one. I think it would be too many children in one setting.”

Wilson said upgrades would be needed to T.L. Hanna and believes the district would save money by consolidating.

“We’ve added four schools, but we hadn’t added any students and is in the long run is unsustainable. So by doing some consolidation, it will allow us to sell some property,” Wilson said.

Those properties would include Lakeside and McCants middle schools and would save the district millions in repairs.

Nothing has been decided but Wilson admits there is no perfect plan.

Wilson said he’s hoping the board will allow him to hold community meetings for public opinion about the proposal.

The discussion will be continued at a meeting next Tuesday, May 19, 6:30 p.m. at which public comments are welcome.