Syracuse University is honoring a member of the Central Park Five, a group of African American and Hispanic men who in 1989 were wrongfully convicted of a rape and later exonerated in 2002.

In an interview earlier this year about the Netflix series “When They See Us”, which tells the story of the Central Park Five, Kevin Richardson revealed that he had dreamed of attending Syracuse University as a child. He was a fan of the school’s basketball team and wanted to play the trumpet at the university. Now, Richardson is being recognized by Syracuse for his endurance with a scholarship in his name. It’s part of the Our Time Has Come Scholarship program at SU, which provides financial support to black and latino students.

Richardson, who was brought to tears during the scholarship dinner, says it means the world to be a part of this opportunity for others.

“Just for people who look like me – people of color – to be helped and have a scholarship connected to my name, to help out individuals to move on further, which I didn’t get a chance to, to actually pay it forward to others – that is the best thing that can happen,” Richardson said. “If I’m not around tomorrow, at least my legacy will continue on.”

Richardson, who now works as a motivational speaker and an advocate for criminal justice reform, will speak at Syracuse University tonight. The on-stage conversation “Justice In America: A Discussion on the Exoneration of the Central Park Five” starts at 7:30 in the Schine Student Center’s Goldstein Auditorium. 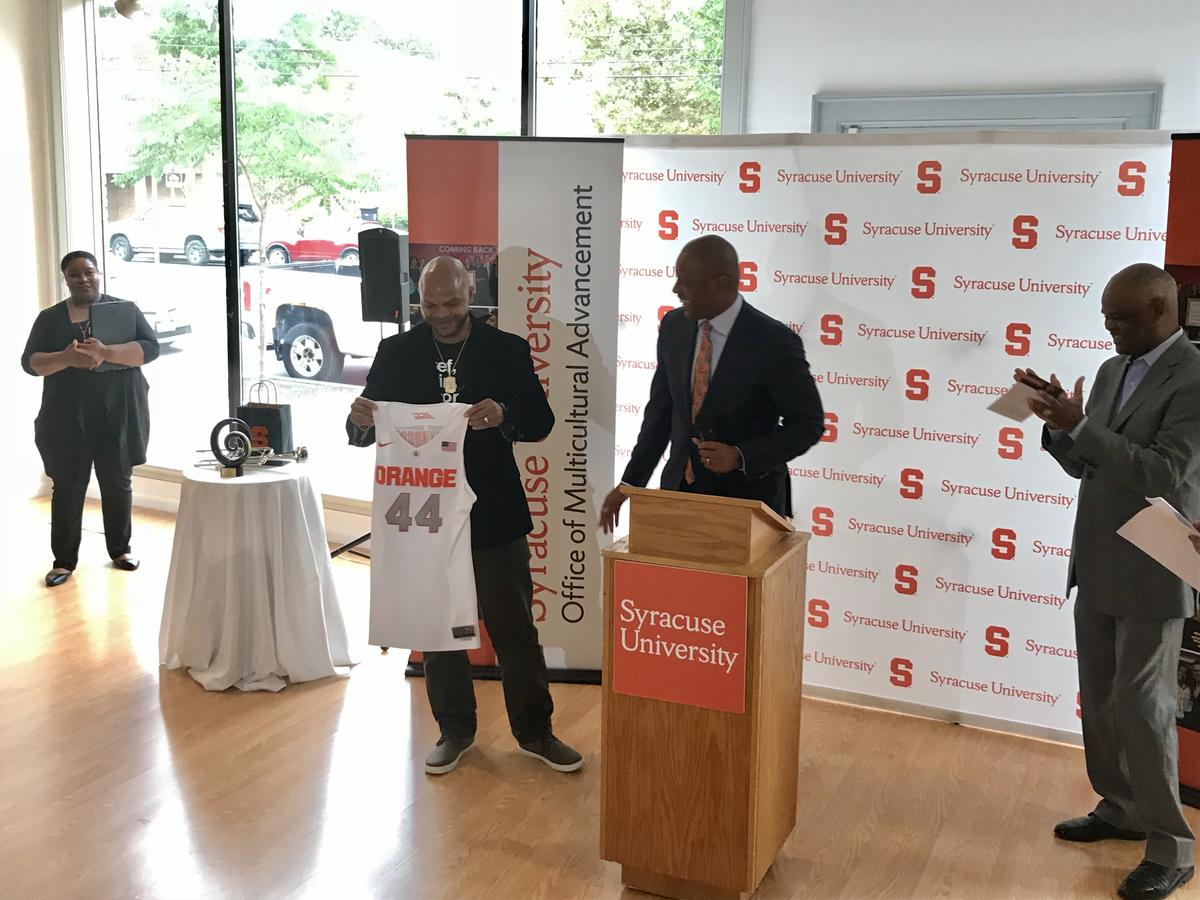 Kevin Richardson, one of five men who were wrongfully convicted of rape in 1989 and later exonerated, was honored at Syracuse University with a basketball jersey given to those who have overcome adversity. Richardson was a fan of the university’s basketball team as a child and had dreamed of attending SU.