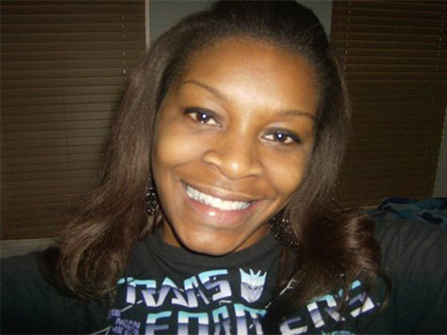 Prairie View City Council members in Texas are hoping a road renamed after activist Sandra Bland will serve as a constant reminder of the injustices they say she suffered in Waller County, USA Today reports.

City officials are also hopeful that the road, which leads to Bland’s alma mater, Prairie View A&M University, will also encourage law enforcement to make better choices and always follow best practices when making stops on University Drive, which will become Sandra Bland Parkway for three to five years before the council votes on the matter again.

“I am overwhelmed, and I am just truly thankful to the city of Prairie View,” Geneva Reed-Veal, Bland’s mother, said in a press conference here after the decision to rename the road.

“This is the first step, the very first step,” Reed-Veal said. “There’s still so much more that needs to be done.”

Bland, 28, was stopped on the same road July 10 for allegedly failing to signal a lane change. When Texas state Trooper Brian Encinia felt his power threatened by Bland’s wit and matter-of-fact tone, he arrested her on a charge of assaulting a public servant.

She was found hanging in her jail cell three days after her arrest, a death that has been ruled a suicide but is also being treated like a murder investigation. According to CNN, the Texas Rangers and the FBI are investigating Sandra’s death.

“It is very much too early to make any kind of determination that this was a suicide or a murder because the investigations are not complete,” Waller County District Attorney Elton Mathis told reporters. “This is being treated like a murder investigation.”

Mathis said the case would go to a grand jury.

“There are too many questions that still need to be resolved. Ms. Bland’s family does make valid points that she did have a lot of things going on in her life that were good,” Mathis said.

Earlier this month, family members filed a wrongful-death lawsuit against arresting officer Encinia and two guards at the Waller County Jail where Bland died, along with the Texas Department of Public Safety and the county. The New York Times reports that the lawsuit states Encinia made up a reason to arrest Sandra and that jailers failed to react when she refused meals and “had bouts of uncontrollable crying.”

Bland’s family maintains that she never should have been stopped and arrested and they want the U.S. Department of Justice to investigate.