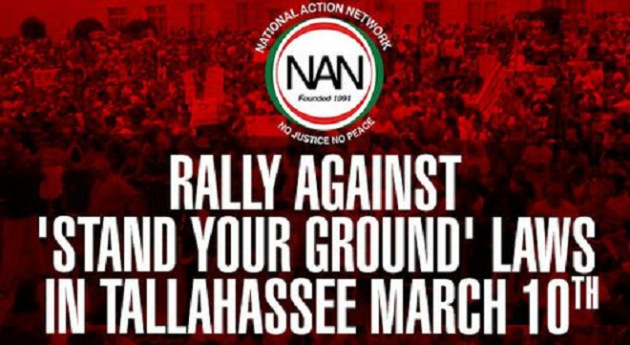 Black community leaders are taking a stand against the controversial “Stand Your Ground” law.

On March 10, 2014 in Tallahassee, Florida, leaders across the country including Reverend Al Sharpton and the National Action Network are gathering in the Sunshine State to rally and a hold a prayer vigil in protest of SYG. 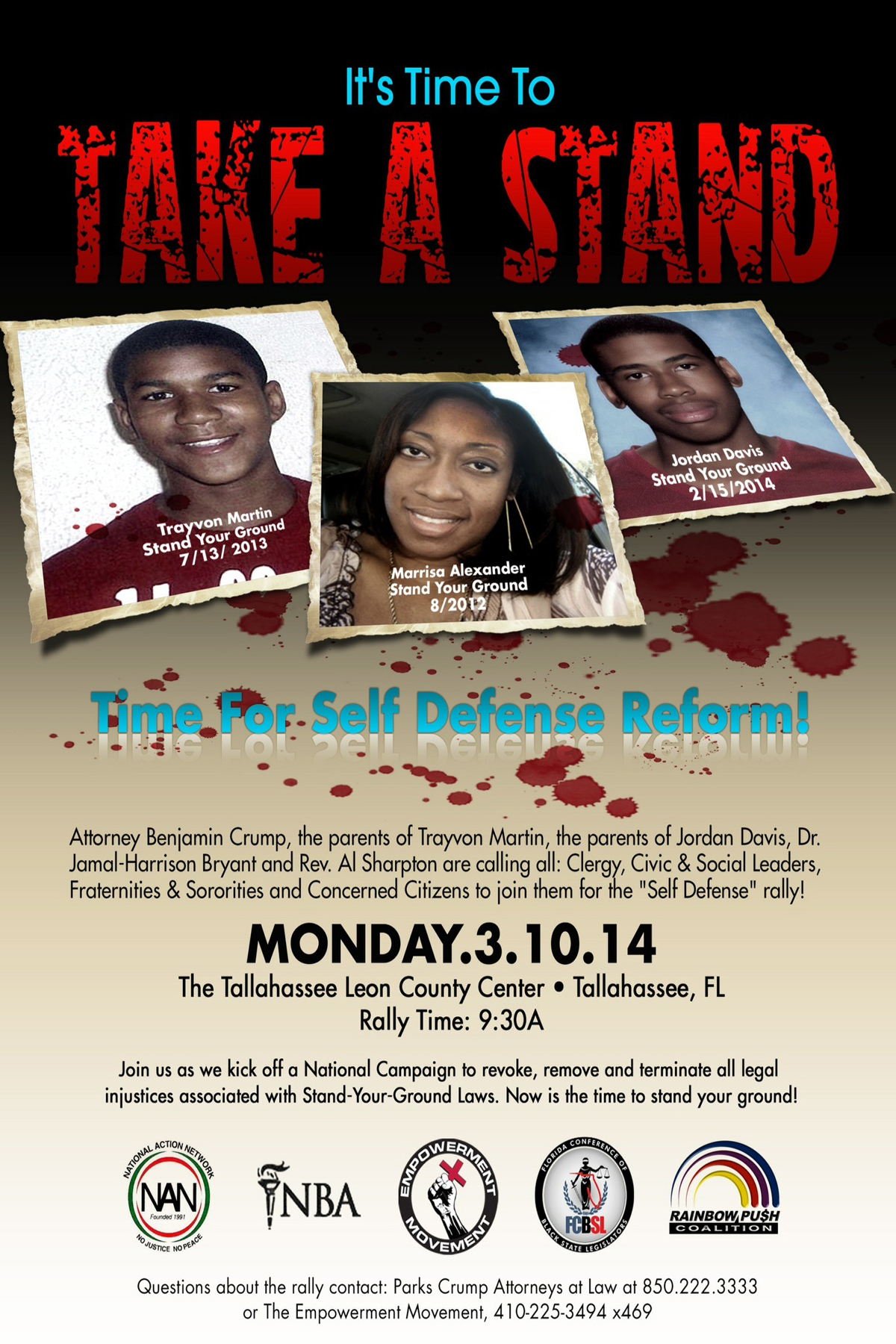 Sharpton will also be joined by Attorney Ben Crump and the parents of Trayvon Martin and Jordan Davis.

The march begins at 9:30am ET at the Tallahassee Leon County Civic Center, located at 505 W Pensacola St, Tallahassee, FL 32301.

After the march is completed, the rally begins at the State Capitol located at 400 South Monroe St, Tallahassee, Florida, FL 32301.