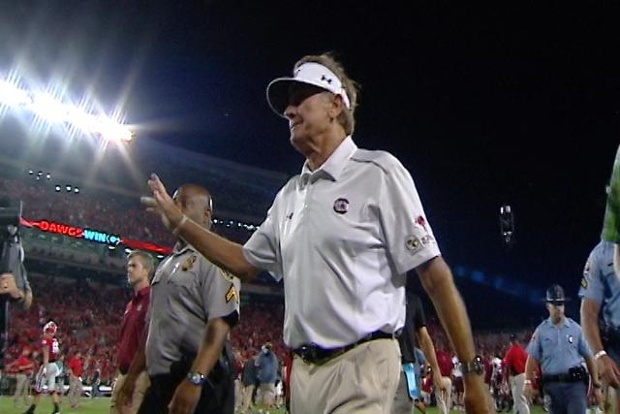 According to multiple reports Monday night, the Head Ball Coach plans on an official announcement at noon Tuesday during a news conference at William Brice Stadium.

At this point, an interim coach has not been named. However, one is expected to be named on Tuesday.

The 70-year-old Spurrier is in the middle of his 11th season in Columbia.

The Gamecocks are 2-4 (0-4 SEC) to start 2015. Spurrier has never had a losing season as South Carolina’s head coach.

Spurrier considered leaving last December after the Gamecocks went 6-6 in the regular season. But the team beat Miami in the Independence Bowl, a victory that seemingly re-energized him.

With 131 SEC wins, Spurrier stands in second place behind Paul “Bear” Bryant for most conference wins.

During his tenure at South Carolina, Spurrier had 35 players draft by teams in the National Football League.