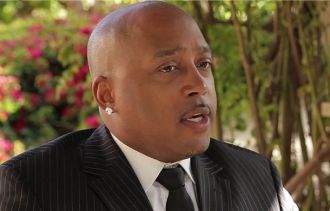 Daymond John, the founder of fashion brand FUBU and an investor on reality television show Shark Tank, sits down with Behind the Brand host Bryan Elliott to discuss his background and business philosophy. Raised in Queens, N.Y., John became frustrated in the 1980s that designers weren’t making clothes for the inner-city kids who loved rap music. He made 10 FUBU T-shirts and persuaded hip-hop artists such as LL Cool J to wear them in their music videos. After showcasing them in 40 videos, “people thought I was this huge company, when I was a waiter at Red Lobster with 10 T-shirts in my basement,” John says.

Over the past 25 years, John has experienced wins, losses and more than a few epiphanies. “As an entrepreneur, you never stop learning,” he says. “I’ve failed way more than I’ve succeeded.” He says one of his worst mistakes was expanding beyond what he was good at. Once, he decided to make a music album to gain exposure. But his team didn’t know the business and “were spending money like drunken sailors.” It turned out to be a bad investment. Now, he expands his brand by partnering with the right people and grows his business through carefully calculated goals and formulas for growth.