Shaq To Back Democrat After GOP Christie Endorsement In ’13
POSTED BY WLAS September 23rd, 2017 0 COMMENTS 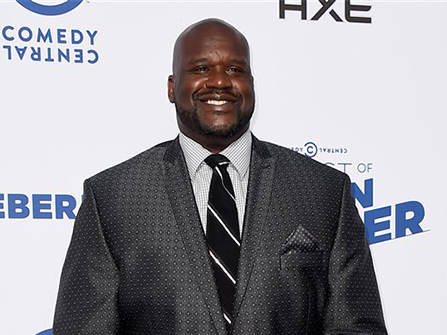 O’Neal backed Christie in his 2013 re-election bid, calling the governor a “great man” and even appearing in an ad for him. Christie cannot seek re-election because of term limits.

Murphy is leading GOP Lt. Gov. Kim Guadagno in the polls ahead of the Nov. 7 election.

O’Neal isn’t the first high-profile figure to get involved in the race.

This week, Murphy’s campaign announced that former President Barack Obama would campaign for the Democrat. Former Vice President Joe Biden also backed Murphy and appeared with him before the June primary.

Guadagno got the backing of former “Saturday Night Live” star and actor Joe Piscopo, who had been weighing entering the race himself.

O’Neal was inducted into the Hall of Fame in 2016. He was an instant box office draw during his career because of his mammoth frame and rim-shaking dunks. He also exhibited a personality that was as playful as it was engaging.