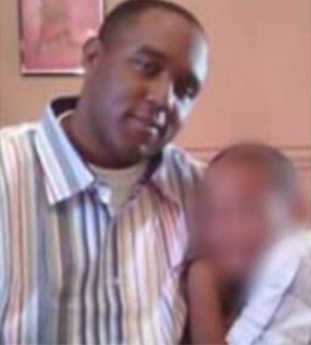 SAN ANTONIO (AP) — A San Antonio police officer who shot and killed an unarmed black man while helping serve an arrest warrant last month is to be fired, the department announced Tuesday.

“Officer John Lee has been issued a contemplated indefinite suspension for placing himself unnecessarily in a tactical situation wherein he felt compelled to use deadly force,” said Police Chief William McManus in a statement.

Police spokeswoman Romana Lopez said in an email that “an indefinite suspension is equivalent to being fired.” Lopez couldn’t specify a timetable for termination.

Lee, a 10-year department veteran, and another officer were called to the scene of the shooting the night of Feb. 4 by undercover officers to assist in arresting Antronie Scott on two warrants, one for being a felon in possession of a firearm and one for drug possession, investigators said. Police say Lee, who is white, approached Scott as he stepped from a car, telling the 36-year-old to show his hands. Scott spun around quickly with something in his hand and Lee, fearing for his life, fired the fatal shot, McManus has said.

McManus has said that Lee’s patrol car was positioned such that the dashboard camera didn’t capture the shooting, and Lee wasn’t wearing a body camera.

Police have submitted the findings of their investigation to the Bexar County District Attorney’s Office, which will review the evidence and determine whether to present it to a grand jury. The office said in a statement its review could take months.

However, in light of McManus’ finding, “you should just go ahead and fire him” immediately, Henry said.

Scott’s family filed a federal lawsuit against the department on Friday, alleging that the department violated Scott’s civil rights and that its policies are inadequate to avoid excessive use of force. The lawsuit seeks compensatory and punitive damages.

The decision to terminate Lee drew strong criticism from the president of the San Antonio Police Officers Association.

“This situation could happen to any officer at any time and the message from the chief is loud and clear — ‘I don’t have your back,’” said Michael Helle in an email to The Associated Press.

“Many times, officers don’t get the luxury of placing themselves in the best tactical position when things are happening real time. Split-second decisions on the use of deadly force must be made sometimes, and a wrong one could make the difference of whether you go home to your loved one or they are handed a flag at your funeral,” he said.

“Deadly force is always the last resort, but this felon decided to move in an aggressive manner while exiting his vehicle holding a dark object in his hand that lead the officer to believe he had a weapon,” Helle said.

Scott previously served time in prison for possession of a controlled substance and bribery. The Texas Department of Criminal Justice says he was on parole at the time of the shooting.