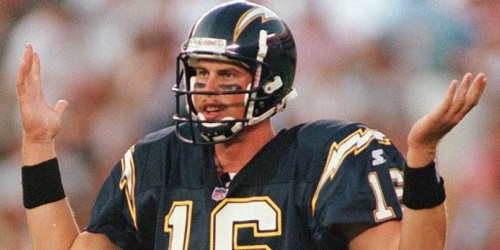 Leaf was released from prison in Montana on Wednesday and placed under the supervision of Great Falls Probation and Parole, a Montana state official told the Great Falls Tribune. Leaf’s page on the Montana Department of Corrections site confirmed that. He spent about two years in prison.

Leaf was sentenced to five years in prison stemming from a 2012 case in which he was arrested twice in one weekend for breaking into homes in Great Falls and stealing prescription drugs, the Great Falls Tribune said. He was sentenced to a treatment center, but was sent to prison less than eight months later after allegedly threatening a program staffer and violating conditions of his treatment plan, the paper said.

Leaf was given a five-year suspended sentence in Texas for drug offenses but the Great Falls Tribune reported, via the Associated Press, that Leaf is unlikely to face more prison time in Texas. When Leaf was quarterbacks coach at West Texas A&M, he was accused of burglarizing a player’s home in 2008, and he was found to have illegally obtained almost 1,000 pain pills from area pharmacies, the report said.

The Great Falls Tribune said Leaf was granted parole in May pending “a completion of an intensive chemical dependency treatment program,” which he completed in August.

Leaf had an NFL career that is still talked about today, because he’s considered one of the greatest busts in draft history. Selected second after Peyton Manning in 1998, he played just three seasons with the San Diego Chargers and Dallas Cowboys. Known for his poor attitude and poor play, he had 14 touchdowns and 36 interceptions. His teams were 4-17 in games he started. He vanished off the NFL radar pretty quickly, especially for a No. 2 overall pick.

Leaf’s post-NFL life has obviously been pretty rocky. He’s out on parole now, and hopefully things will start to turn around for him.