Rep. Clyburn on The View Says Biden’s ‘Ain’t Black’ Comment Made Him ‘Cringe’
POSTED BY WLAS May 27th, 2020 0 COMMENTS

“I cringed, no question about that,” Clyburn said in an interview with “The View” Tuesday morning.

“In this instance, Joe did not do as well as I hoped in responding, but I will say this, I go about my business every day comparing Joe Biden, to the alternative, not the Almighty. He is not a perfect person. None of us are. So what my decision now is to determine who I feel should be the next president of the United States, and I do that by comparing the candidates to each other, not to the Almighty,” Clyburn said.

Biden came under fire Friday for comments he made during an interview with “The Breakfast Club” radio program, in which he quipped that if African American voters support President Trump over him in November, they aren’t “black.”

“Well, I’ll tell you what, if you have a problem figuring out whether you’re for me or Trump, then you ain’t black,” Biden told radio personality Charlamagne tha God, who hosts the program, which is particularly popular among black millennials, a voting bloc the former vice president is hoping to woo.

Later that afternoon, Biden said that he shouldn’t have been so ‘cavalier’ with his comments during a call with the National Black Chamber of Commerce.

“I know the comments have come off like I was taking the African-American vote for granted. But nothing could be further from the truth,” Biden said on the call.

“I shouldn’t have been such a wise guy,” Biden added, “I don’t take [the black vote] for granted at all. And no one, no one should have to vote for any party, based on their race, their religion, their background. There are African-Americans who think that Trump was worth voting for. I don’t think so, I’m prepared to put my record against his. That was the bottom line and it was really unfortunate, I shouldn’t have been so cavalier,” Biden said. 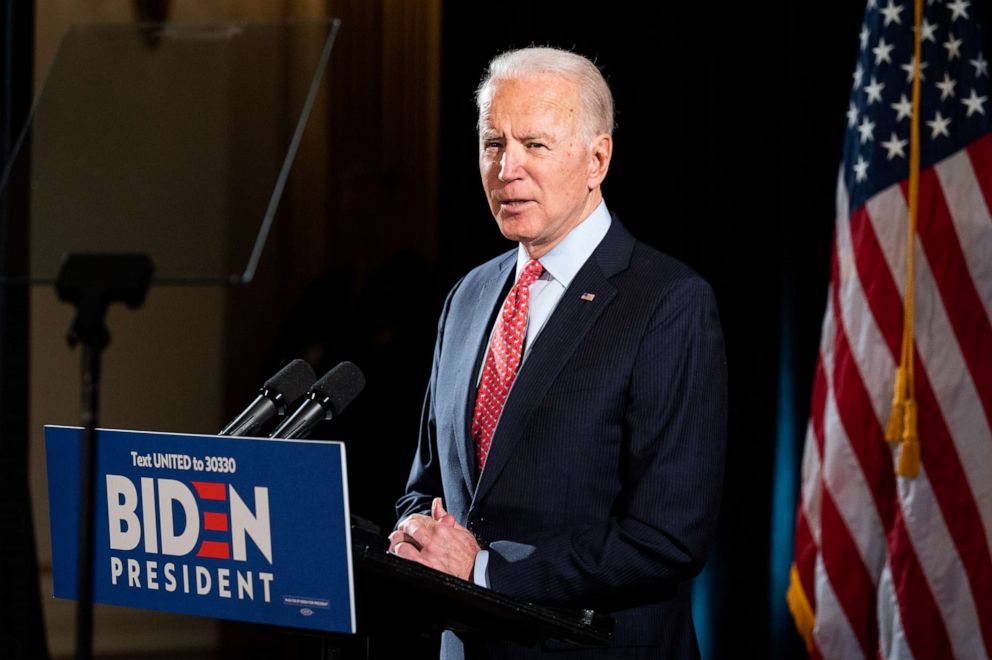 When asked about his message to African American voters who were offended by Biden’s comments, the House Majority Whip reiterated his support for the former vice president.

“We sometimes say things we do not really mean, they come out a little bit wrong, and that’s what happened here. I think all of us know Joe Biden,” Clyburn said.

“I know him, and he knows me. He knows the African American community very well. I’ve done a lot of stuff for Joe Biden over the years, and I would not have supported him if I did not think that he was best suited to be the next president of the United States. It’s just that simple,” Clyburn continued. Biden’s comments perhaps put a new pressure on Biden to select a woman of color as his running mate for the November election.

Clyburn, who many credit with reviving Biden’s campaign with his endorsement leading up to the South Carolina primary in February, bristled at the idea that the former vice president “must” choose a woman of color as his running mate.

“That is as far as I wish to go with telling him how to conduct himself going forward. We are all human beings, we are all sensitive about our own thinking apparatus, and none of us want to be told what you must do. I don’t like that at all. And I would never tell that to anybody,” he added.

Last week, Clyburn said it would be a “mistake” to assume that picking a woman of color would immediately boost Biden’s standing with black voters. “I think one would make a mistake if one were to feel that a person of color is all that is required to galvanize black voters,” Clyburn told ABC News.

“You got to look at what the candidate is proposing.”

“So just picking a person of color won’t cut it…You got to pick the person that not just got credibility in the African American community, but also is – what’s the word he calls – simpatico with him,” he added.

The longtime South Carolina congressman has also taken on a major new role as the chairman of the newly established Select Subcommittee on the Coronavirus Crisis in the United States House, which will provide oversight to the massive relief legislation passed by Congress last month to aid the nation’s recovery from the pandemic.

Asked about the disproportionate impact that the coronavirus crisis has had on African-Americans, Clyburn pushed for the passage of the HEROES Act, a massive relief bill passed by the House last week that he argues would help alleviate many of the problems facing communities hard-hit by the pandemic.

“I think that South Carolina and other states have got to get serious about spending out the money that is necessary in education, in broadband, in putting in the kind of health care facilities that we need,” Clyburn said of his home state, where over 50 percent of COVID-19 related deaths have been African-American individuals.