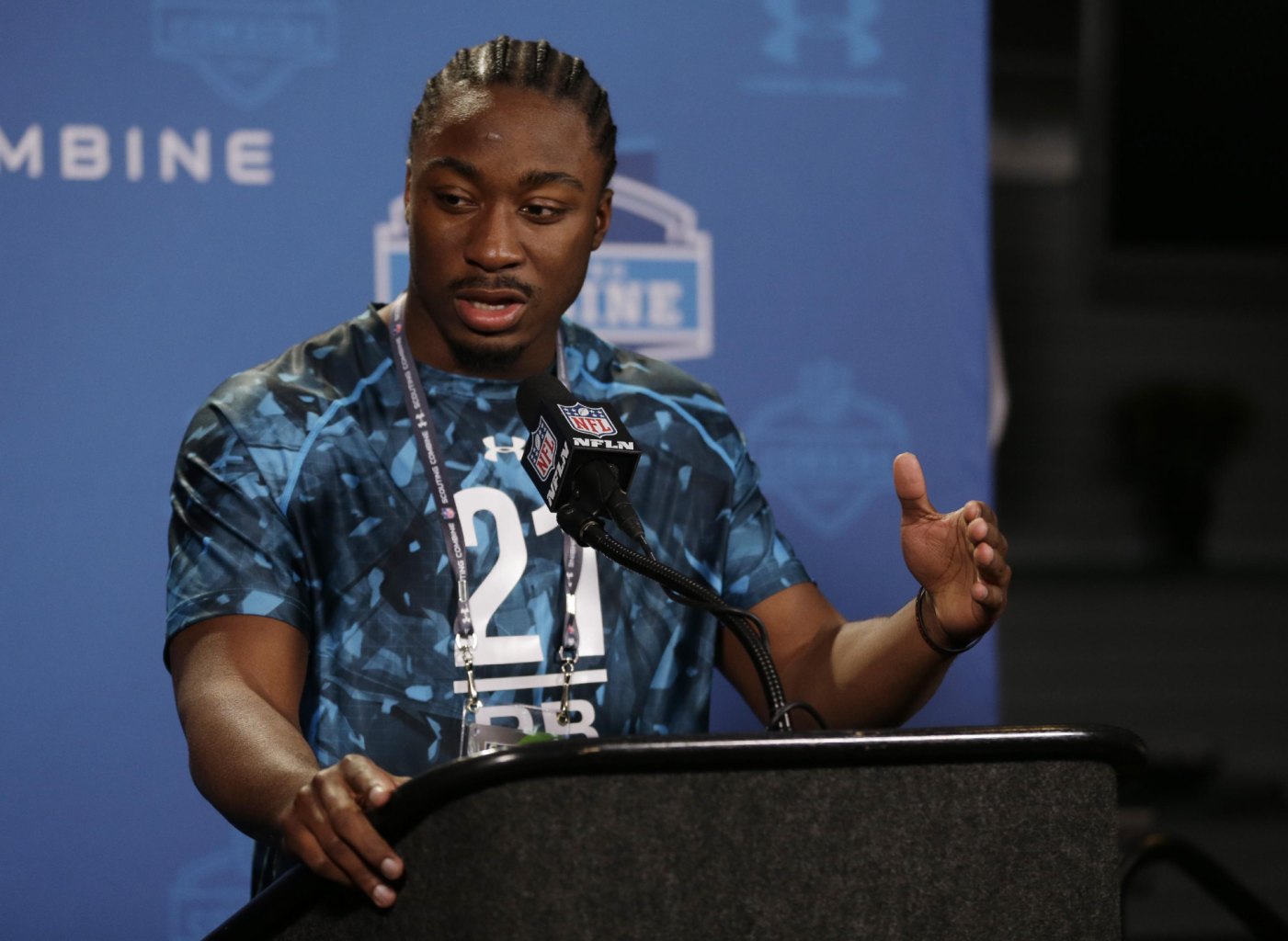 “The former South Carolina star tailback has spent the past two months in Pensacola, Fla., rehabbing his right knee which he shredded on Oct. 27 against Tennessee. Lattimore sustained a dislocation and tore several ligaments in the gruesome injury.

“Yet, with each weight he lifts and every time he jogs in the pool, Lattimore knows he’s getting closer to returning to the football field.

“Lattimore, who had surgery in November, declared for the NFL draft in December instead of rehabilitating and possibly playing one final season for the Gamecocks. At the time, South Carolina coach Steve Spurrier said it might take more than a year to recover. Lattimore has plunged himself into speeding up that timetable.

“He said well-known sports surgeon James Andrews, part of the team that performed the operation, has told him several times he’s going to shock the world with his complete comeback.

“”That’s my goal as long as I stay strong and keep progressing,” Lattimore told The Associated Press by phone.

“He’s worked at the rehab center at the Andrews Institute for Orthopedics & Sports Medicine, gradually improving the strength in his knee. He lifts weights three times a week, jogs lightly in the water and says he walks around as easily as if he turned an ankle instead of severely damaging a knee.

“Lattimore had worked his way back from a left knee injury that cost him the final six games of the 2011 season and said he was finally feeling like himself when the Gamecocks faced Tennessee in late October. “I was running loose and feeling strong,” he said.

“That changed in the second quarter when Lattimore was hit by two defenders, his right leg flopping to the ground.

“”I really thought I was dreaming when it happened,” Lattimore said. “I took over a thousand hits and I’ve been hit that way over half the time. It happened for a reason; it made me appreciate everything I do have.”

“Tennessee’s players joined Lattimore’s South Carolina teammates at midfield to show support for one of the Southeastern Conference’s top players.

“There was a rally on campus the Monday after the injury to wish Lattimore well and stars such as Miami Heat forward LeBron James, New York Jets quarterback Tim Tebow and Hootie and the Blowfish singer Darius Rucker offering support.

“The good wishes continued last weekend in New Orleans at the Super Bowl, where NFL players such as Matt Forte and Charles Tillman of the Chicago Bears and Darnell Dockett of the Arizona Cardinals offered their prayers.

“”Every single one of them that saw me said, ‘I’m praying for you,'” Lattimore said. “For them to even know who I am, that’s inspiring.”

“Lattimore’s NFL future still has some hurdles before becoming reality. He will take part in the NFL combine at Indianapolis later this month where he’ll go through extensive medical exams. Andrews, a physician for the Washington Redskins, will also be there to share his views on Lattimore’s health.

“Lattimore won’t take part in the physical tests at the combine. While he plans to attend South Carolina’s pro day workouts in March, Lattimore’s not certain if he’ll do any drills in front of scouts before the NFL draft begins April 25.

“”We’ll keep teams apprised of where he is from a physical standpoint,” said Lattimore’s representative, Michael Parrett. “These teams know what kind of a football player he is.”

“It remains unclear where Lattimore might go in the draft, or if he will even be selected. He was considered a first-round talent before the latest injury, but in December, ESPN draft analyst Mel Kiper said he just “puts wild card next to his name.”

“Parrett said he knows Lattimore will be selected by an NFL team. Spurrier also has few doubts, knowing how hard Lattimore worked to return to the field after the 2011 injury.

“Spurrier’s seen video of Lattimore doing some high-stepping drills without any hitches or hesitations.

“”He’s way ahead of schedule,” the coach said.

“Lattimore said he’s prepared to handle whatever comes his way, if that means going as a late-round pick or settling for a free-agent deal if his name isn’t called in the draft’s seven rounds.