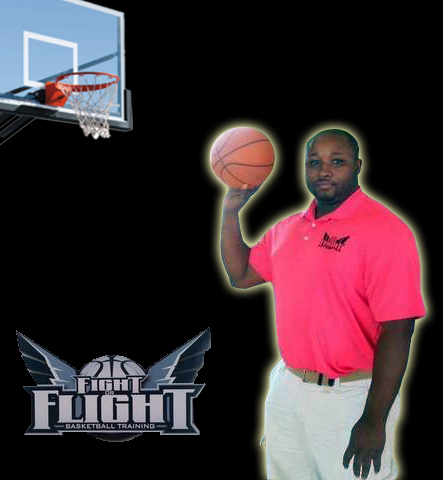 Quentin Johnson understands the difficulties kids face when they grow up in tough circumstances and without positive role models in their lives.

Growing up in Philadelphia, Johnson saw other kids get into trouble because of boredom or lack of family structure, so he resolved to do his part to help.

He played basketball in high school, and in his hometown, “basketball was everything,” Johnson says. “Growing up there allowed me to see that if kids are not involved in some kind of sports or some kind of activity, then they can go the other way, which is selling drugs, which is gangs, crimes or something like that. So it’s always been a passion of mine to learn the game myself and then be able to teach it to other kids and use it as a way to give back, but also to bring more kids to Christ.”

Thirteen years ago, Johnson moved to Greenville, and three years ago he started Fight or Flight. The program operates training camps, plus individual and group training sessions and, through Upstate Warriors, fields about 15 basketball teams for boys and girls in grades three through 11.

Teams train in the gym at First Baptist Church, and the season runs from March through July. The players compete with other teams through the Amateur Athletic Union, and they travel to tournaments around the area.

The game of basketball teaches skills that are valuable on and off the court, Johnson says.

And, Johnson says, he hopes the kids will remember what they’ve learned and carry those skills forward into adulthood.

“What we do as far as the community goes a long way to helping these kids stay on the straight and narrow and helping these kids have a better life,” he says. “And ultimately these kids can also look at what we’re doing, and maybe come back one day and give themselves.”