Queen Latifah Opens Up About her Mom’s Health Struggles
POSTED BY WLAS May 4th, 2014 0 COMMENTS 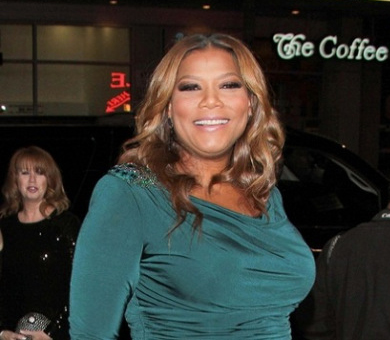 Queen Latifah has revealed that her mother has been battling the autoimmune disease scleroderma, insisting the diagnosis has brought them closer, reports WENN.

There were rumors last year that Rita Owens, 64, was diagnosed with lung cancer. Latifah denied the reports, only stating her mother had “gone through some medical challenges.” But now, the talk show host reveals her mom has actually been struggling with the incurable condition scleroderma, which has caused scar tissue to build up in the lungs, resulting in high blood pressure and excess fibrous connective tissue, making it hard for her to breathe.

Latifah claims the false reports were highly insensitive as she had wanted to keep the matter private, telling People magazine, “When you’re dealing with someone who’s not feeling well, you want to protect them.”

Rita Owens decided to go public with her health crisis in a bid to help others who may be dealing with the condition. Latifah, who moved her mom into her California home last year so she could care for her, insists she is “stable” and “doing ok.”

“It’s not 100 percent, but we’re treating it and having some results… We’ve gotten so close this year, with everything we’ve been going through.”

Despite her health setbacks, Rita Owens is engaged to her boyfriend Bobby Wise, telling People, “I feel better than blessed.”