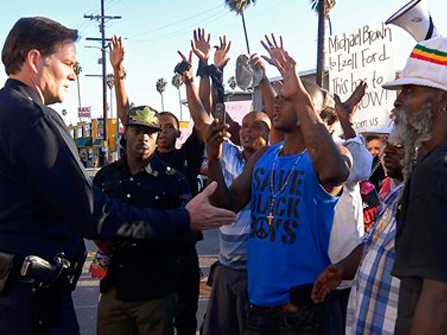 South Carolina lawmakers pre-filed legislation to establish a commission to design an African-American Confederate monument that would recognize the contributions of Black Confederate soldiers, the Spartanburg Herald Journal reported. But the real reason for the monument is to promote a myth.

“We came to the realization there was a lot we didn’t know about the war and their sacrifices. These people were heroes and forgotten heroes,” said South Carolina’s Republican state Rep. Bill Chumley, who co-sponsored the bill. 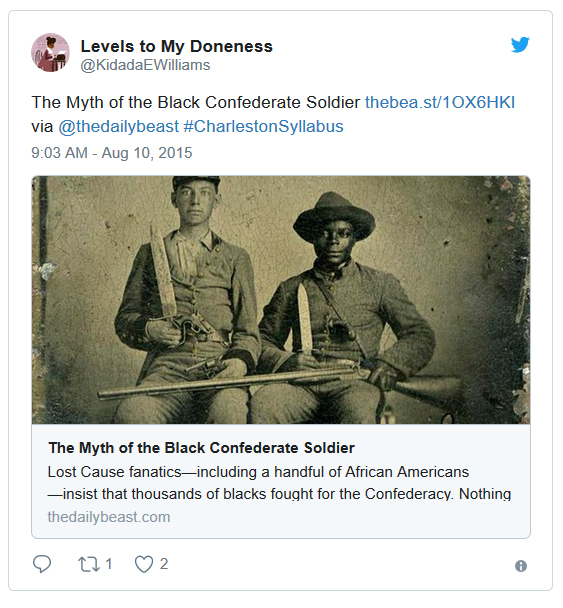 Forget that nonsense. What Chumley and company are attempting to do is promote the fiction that the Civil War was not fought over slavery but was instead a bloody battle over state’s rights. That’s what neo-Confederates argue when confronted with the evils of slavery. We’ve heard some of that noise from White House Chief of Staff John Kelly, Groups like the Sons of Confederate Veterans push the story that about 300,000 Black men happily fought alongside White Confederate soldiers to stop the overreach of the federal government.

Many historians agree that there were at least a few Black men who fought with the Confederacy. There’s been a lot of controversy about how many. Harvard historian John Stauffer estimated that figure between 3,000 to 10,000, which represented about 1 percent of the Confederate soldiers. Others argue that his estimate is much too large. Scholars will continue to debate that issue. One thing is certain: Chumley and his supporters are trying to whitewash history.