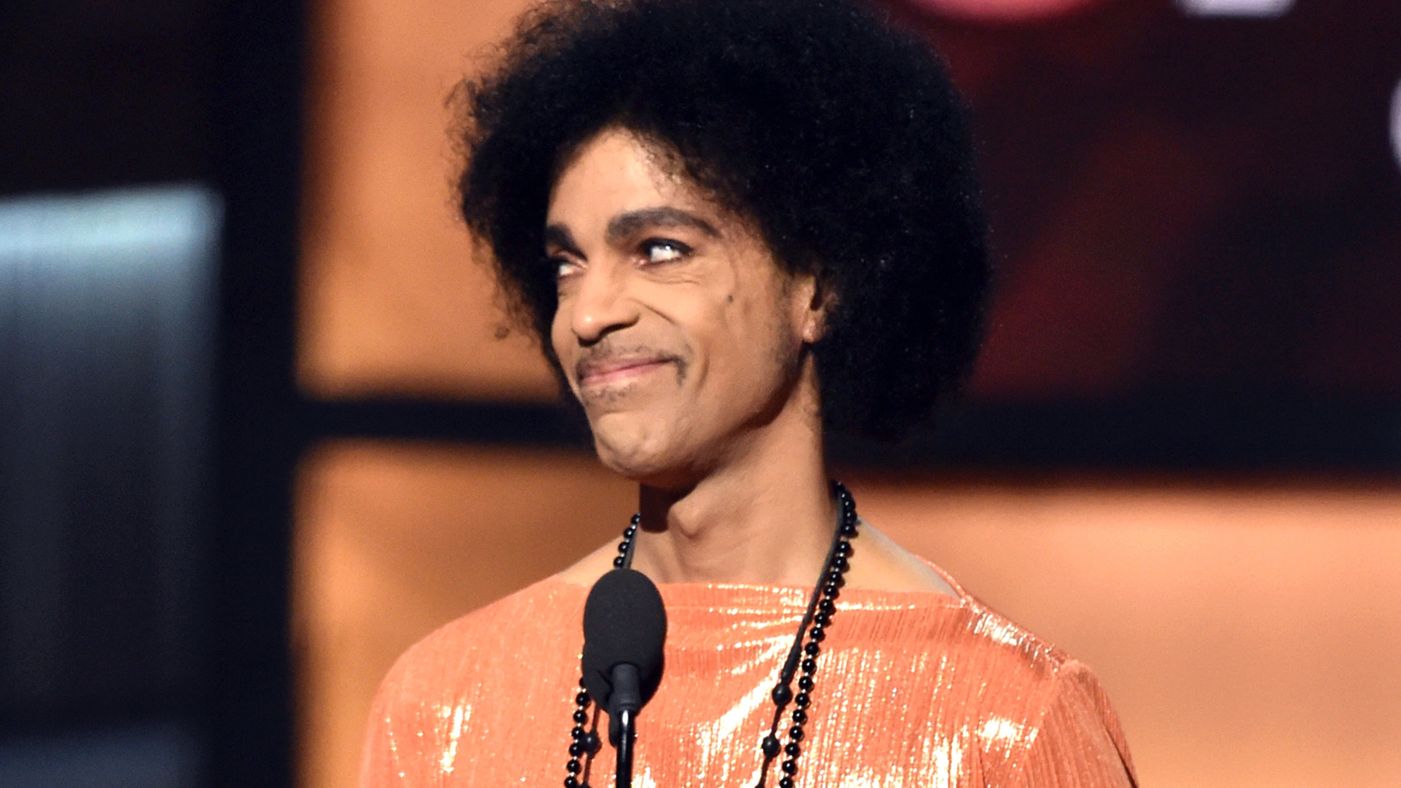 CHANHASSEN, Minn. (AP) — Prince could play guitar like Carlos Santana or Jimi Hendrix, sing like James Brown, turn out pop melodies worthy of Motown or lay down the deepest grooves this side of Sly and the Family Stone. But no one could mistake his sound for anyone but Prince.

The dazzlingly talented and charismatic singer, songwriter, arranger and instrumentalist who died Thursday at his home drew upon the history of modern popular music and created a gender- and genre-defying blend of rock, funk and soul. With hits including “1999,” ”Purple Rain” and “Little Red Corvette,” Prince’s records sold more than 100 million copies and earned him Grammys and an Academy Award. 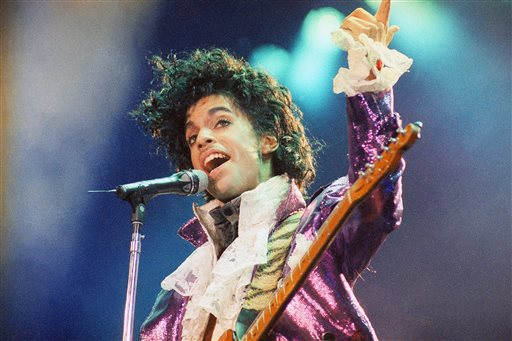 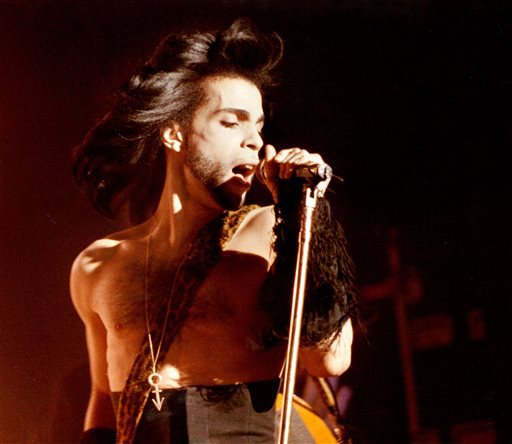 “He rewrote the rulebook, forging a synthesis of black funk and white rock that served as a blueprint for cutting-edge music in the Eighties,” reads his dedication in the Rock and Roll Hall of Fame. “Prince made dance music that rocked and rock music that had a bristling, funky backbone. From the beginning, Prince and his music were androgynous, sly, sexy and provocative.”

The 57-year-old superstar passed away Thursday at his home in suburban Minneapolis. The local sheriff said deputies found Prince unresponsive in an elevator late Thursday morning after being summoned to his home, but that first-responders couldn’t revive him.

“I am confirming that Prince, the legendary iconic performer has died at his home this morning at Paisley Park,” his publicist, Yvette Noel-Schure, told The Associated Press in a phone call.

No details about what may have caused his death have been released. Prince postponed a concert in Atlanta on April 7, saying he had fallen ill with the flu, and he apologized to fans during a makeup concert last week. An autopsy is scheduled for Friday.

Mick Jagger was among numerous musicians, actors and other public figures praising the artist, tweeting: “Prince’s talent was limitless. He was one of the most unique and talented artists of the last 30 years.” Madonna called him a “true visionary,” while Oprah Winfrey tweeted: “Prince the doves really are crying now. Listening to your music. Remembering you.”

Even President Barack Obama — for whom Prince was a White House guest last year — released a statement, saying he and his wife “joined millions of fans from around the world” in mourning Prince’s sudden death.

“Few artists have influenced the sound and trajectory of popular music more distinctly, or touched quite so many people with their talent,” Obama said. ” ‘A strong spirit transcends rules,’ Prince once said — and nobody’s spirit was stronger, bolder, or more creative.”

Buildings around the country glowed with the artist’s signature purple Thursday night.

Born Prince Rogers Nelson, Prince broke through in the late 1970s with the hits “Why You Wanna Treat Me So Bad?” and “I Wanna Be Your Lover,” and soared over the following decade with such albums as “1999” and “Purple Rain.” The title song from “1999,” his funky and flippant anthem about an oncoming nuclear holocaust, includes one of the most quoted refrains of popular culture: “Tonight I’m gonna party like it’s 1999.”

He won seven Grammys and received an Academy Award in 1985 for his music from the movie “Purple Rain.” In 2004, Prince was inducted into the Rock and Roll of Fame, which hailed him as a musical and social trailblazer.

Prince made his acting debut in “Purple Rain,” playing a sexy, androgynous young musician on the cusp of fame. The film amplified Prince’s popularity and was a box-office success with $68 million in ticket sales. Besides winning the Oscar for Original Song Score, the “Purple Rain” soundtrack won Grammys for its writing and performance. The film received mixed reviews, but Roger Ebert called it “one of the best combinations I’ve seen of music and drama.”

Prince was fiercely protective of his independence, battling his record company over control of his material and even his name. Anxious to get out of his contract with Warner Bros., he identified himself by a key-like symbol with an unpronounceable name. (Journalists called him “TAFKAP,” or The Artist Formerly Known as Prince). Prince also once wrote “slave” on his face in protest of not owning his work and famously fought and then departed Warner, before returning a few years ago.

“What’s happening now is the position that I’ve always wanted to be in,” Prince told The Associated Press in 2014. “I was just trying to get here.”

Music was in his blood. Prince’s father played in a jazz band in Minneapolis, under the name “Prince Rogers,” and his mother was the singer. The precocious young Prince taught himself to play the piano at age 7, the guitar at 13 and the drums at 14. But his home life was also troubled. His parents separated when he was 10, and Prince, who ended up with six siblings and half siblings, moved back and forth between the homes of his mother and father.

In 1978, the year he turned 20, Prince debuted with the album “For You.” It was a declaration, if nothing else, that he could do anything: He wrote and sang the material, and served as his own one-man band on guitar, bass, drums, synthesizers, chimes and assorted other instruments.

The album received mixed reviews, but his second album — called “Prince” — sold more than a million copies and launched his run of hit albums and singles over the next few years.

But he didn’t just become a star in his own right: He was a veritable music factory, whether with side projects, such as Vanity and Morris Day and The Time, or the songs he wrote for others. Sinead O’Connor had a hit with “Nothing Compares 2 U,” while other covers included Cyndi Lauper’s “When You Were Mine” and the Bangles’ “Manic Monday.”

Prince had been touring and recording right up until his death, releasing four albums in the last 18 months, including two on the Tidal streaming service last year. He performed in Atlanta last week as part of his “Piano and a Microphone” tour, a stripped-down show that featured a mix of his hits, like “Purple Rain” or “Little Red Corvette,” and some B-sides from his extensive library.

Prince debuted the intimate format at his Paisley Park studios in January, treating fans to a performance that was personal and both playful and emotional at times.

The musician seemed to be shedding his reclusive reputation. He hosted several late-night jam sessions where he serenaded Madonna, celebrated the Minnesota Lynx’s WNBA championship and showcased his latest protege, singer Judith Hill. 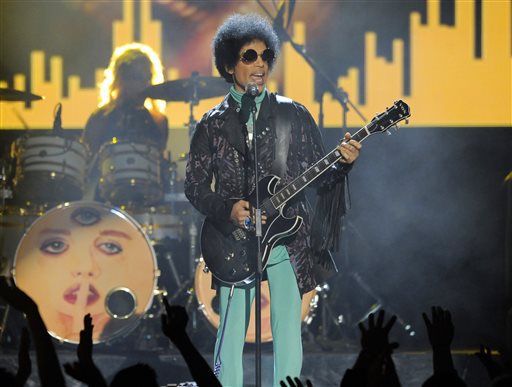 Ever surprising, he announced on stage in New York City last month that he was writing his memoir, “The Beautiful Ones,” which was expected to be released in the fall of 2017 by publishing house Spiegel & Grau. A press release about the memoir said Prince would “take readers on an unconventional and poetic journey through his life and creative work,” and include stories about his music, family and the “people, places and ideas that fired his creative imagination.”

A spokeswoman for Spiegel & Grau, Theresa Zoro, said Thursday the publisher had no immediate comment on the book’s status.

About 200 fans had gathered by Thursday afternoon outside Paisley Park, Prince’s home and music studio, where his gold records are on the walls and the purple motorcycle he rode in “Purple Rain,” is on display. The sprawling white, stone building is surrounded by a fence in Chanhassen, a city about 20 miles southwest of Minneapolis.

Steven Scott, 32, of Eden Prairie, said he was at Paisley Park last Saturday for Prince’s dance party. He called Prince “a beautiful person” whose message was that people should love one another.

“He brought people together for the right reasons,” Scott said.