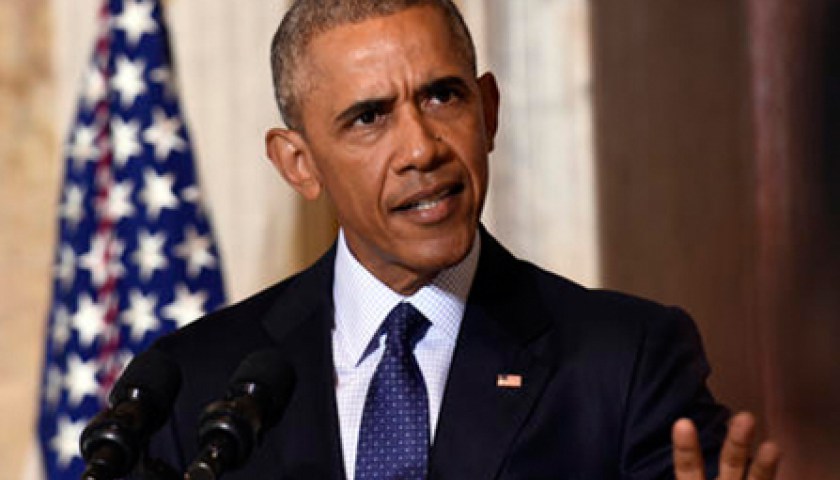 BATON ROUGE, La. (AP) — The Latest on the fatal police shooting of a black man in Baton Rouge. (all times local):

White House spokesman Josh Earnest says Obama is following the situations closely. But he tells reporters aboard Air Force One that the White House can’t comment more specifically while the cases are being investigated.

In the Louisiana case, the federal Justice Department is conducting a civil rights investigation into the fatal shooting of a black man by two white police officers.

Earnest spoke as Obama was flying to Poland for a NATO summit.

Gov. John Bel Edwards is attending a vigil and meeting with federal officials for an update on the investigation into the police shooting death of a Baton Rouge man.

The governor’s office said Edwards will attend a 6 p.m. prayer vigil with community and faith leaders as well as other elected officials.

Earlier in the day, he’s expected to meet with the U.S. attorney’s office, the FBI and state police to get an update on the investigation into the shooting death of Alton Sterling.

Sterling, who is black, was shot and killed Tuesday by two white Baton Rouge police officers.

The video-recorded killing sparked anger and protests among the black community.

Police are investigating a Washington, D.C., firefighter after he made inflammatory posts on Facebook in response to the fatal police shooting of a 37-year-old black man in Louisiana.

WTTG-TV (http://bit.ly/29qksr3 ) reports firefighter Norman Brooks made the posts Wednesday. In one, Brooks says “the citizens should take the law in their own hands and target racist cops.”

Washington police learned of the posts and reported them to the District of Columbia Fire and EMS Department. The posts have since been removed.

Brooks says he wrote the posts after learning of the death of Alton Sterling, who died after being shot by Baton Rouge police officers. He says he doesn’t condone violence, but is tired of the lack of punishment for officers in police shootings.

Fire and EMS spokesman Doug Buchanan says Brooks has been placed on administrative duty pending the outcome of police and internal investigations.

Hundreds of mourners, friends and family members of a black man killed by police in Louisiana gathered at the scene of the shooting for a second night of protest, prayer and remembrance.

Many carried signs Wednesday night to express their anger and demand for justice, blocking streets near the Baton Rouge convenience store where 37-year-old Alton Sterling was killed.

Sandra Augustus, an aunt who helped raise Sterling after his mother died, spoke to the crowds with a broken voice, tearful. She said a second video that emerged Wednesday showing the moments before her nephew was shot left her angry.

Still, she pleaded for protesters and those gathered not to allow the vigil to be marred by violence.