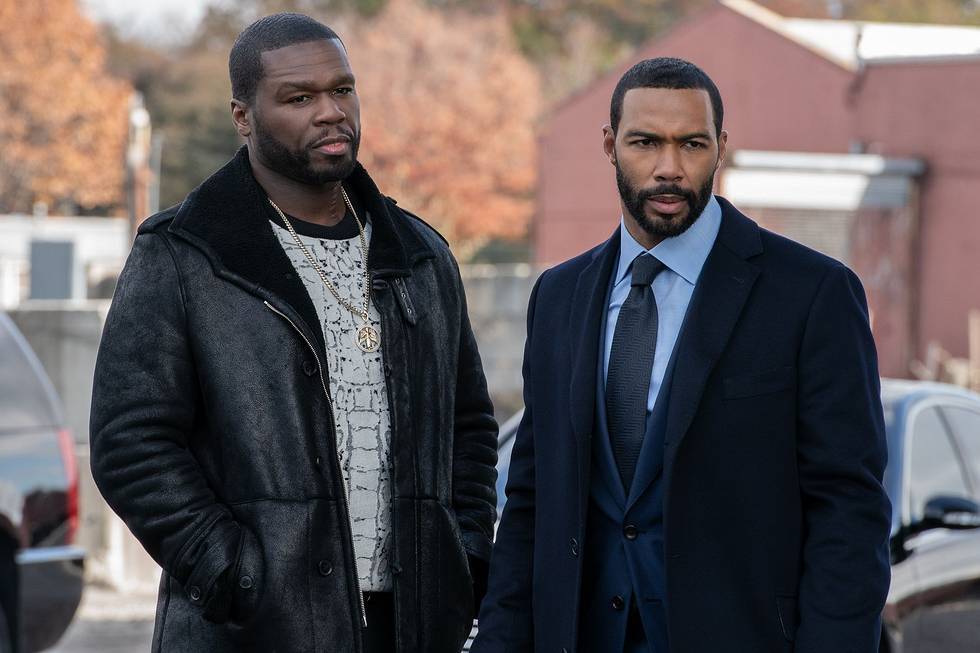 If you feel like your head is still spinning from all the plot twists packed into last night’s episode, trust me you’re not the only one.

So let’s cut right into to this thick piece of meat – greens, beans, potatoes, tomatoes – you name it, that went on in episode 4, “Second Chances.”

First up is Tommy Egan (Joseph Sikora) who’s surrounded by nothing but betrayal from the two people he let back into his life.

Tommy may think he has this newfound family with the Italians but his dad, Tony Teresi (Willam Sadler) is up to no good. He’s only looking out for himself and his wife Connie (Mercedes Ruehl) who’s the sole reason he made the deal with Saxe (Shane Johnson) and Mak (Sung Kang) in the first place.

Now, Teresi has to make good on his word to get some type of inside information on Ghost or Tommy’s connect so he can remain a free man. Luckily, Tommy can smell a rat and that rat is his dear ol’ daddy. Teresi is asking way too many questions and is overly willing to lend his helping hand. He wants in on Tommy’s private operation and Tommy just has to stay woke to make sure it doesn’t happen.

Or, Ghost (Omari Hardwick) can handle it by plotting with another blast from the past who wants in on the operation – Tommy’s good old, grimy pal Kanan (Curtis “50 Cent” Jackson) who’s willing to use anyone as a pawn as long as it gets him his checkmate.

Kanan’s latest ploy is to infiltrate Tommy’s operation and hurt his trust with his Italian family. Kanan sets up his own people to be shot and killed, ending up having to shoot them himself when his flunkies get too ambitious.

Tommy and Kanan plan to meet at the Italian family restaurant after his dinner with Vincent (Joe Perrino) and some of the other family. As Tommy, Vincent and the family are walking out, Kanan gives the order to his two goons to pull up at the restaurant and start shooting, then takes them out himself.

Meanwhile, Ghost has some family matters to deal with. Tasha (Naturi Naughton) done up and moved out!

She has had enough of Ghost lashing out at her because he’s not properly grieving the loss of their daughter. Plus, she’s sick of him putting all his energy into his Queens Child Project, and not being available for her struggles to move past her Raina’s (Donshea Hopkins)’ murder. She’s even reconnecting with her old boo, attorney Terry Silver (Brandon Victor Dixon) who’s telling her that moving out,is the right choice.

While all that is going on, the Queens Child Project just got a little more interesting. Dre (Rotimi) is the new face of the project! Out of all the children in Queens, Councilman Tate (Larenz Tate) just has to go find public enemy number one, and attach him to this project alongside he and Ghost. (Just shameful!)

Much like how Dre likes to run his business with full control, Tate too needs control, and Ghost won’t relinquish it. Not to mention, he’s unravelling and becoming too much of a risk.

During a public event for the project, James has a breakdown while giving a speech. He begins to hallucinate and thinks he sees his deceased daughter, Raina, standing in the audience. He dashes off the stage toward the young woman he thinks is his daughter, then snaps out of it, standing there both confused and embarrassed.

Dre has a lot on his plate and the decision to link up with Tate on this Queens Child Project may be a good move to clean up his image. It also lends him the opportunity to stand much closer to Ghost in front of the public eye which he thinks makes him untouchable.

Speaking of untouchable, big kudos and a round of applause to Angela Valdes (Lela Loren) for arresting the Jimenez and taking them into custody! Thanks to Arturo (Victor Almanazar) who snitches on the Jimenez’ location, Valdes and her team are able to pull up on them before they board a private plane back to Mexico.

But the victory doesn’t last long. Angela’s new boy toy, DEA agent Steve Tampio (Richard Ryker) steps off the elevator and shuts the whole thing down in a matter of moments.

He gives the orders to make sure that he’s not being monitored as he walks straight into the interrogation room, pulls the cord from the video camera, and basically tells Elisa Jimenez (Mattea Conforti) that she and her brother are free to go. She tells him that she’s figures it’s because the cartel keeps order in a region important to the U.S. government. But who the hell is this guy???

All we know is Tampio got orders from his mysterious superiors to let the Jimenez go. And we find out something else – she’s the real leader of the cartel. Her brother is too busy ‘aggressively” hitting on club workers, ordering Dre to have sex with whoever he says and running up a bar tab his sister makes him pay for. Elisa has come to see Diego as a liability, something that doesn’t bode well for his future on Power.

But Angela may want to keep him around. He may prove himself useful in a couple of other situations she’d like to disappear like, getting NYPD internal Affairs officer Blanca Rodriguez (Monique Gabriela Curnen) off her back since she’s still digging into the investigation of Ray Ray Jones and how Angela’s involved.

Or, help poor Proctor (Joe Ferrara) out. He’s going through it right now. Mak is refusing to leave him alone and even issues a warrant to raid his home looking for evidence on the disappearance of Bailey Markham (Lee Tergesen).

And lastly, Angela finally returns James’ phone call and they meet at an out-of-the-way diner. They’re both broken, hurt, lost and feeling guilty over the many wrong things they’ve done, separately and together. Well, well, what does this renewed flame mean for everyone else on the show?

But for Ghost, in his newly vulnerable state, it’s a blessing. He has been losing it without Angela. He can’t handle all the losses that ultimately have come from his own bad choices.