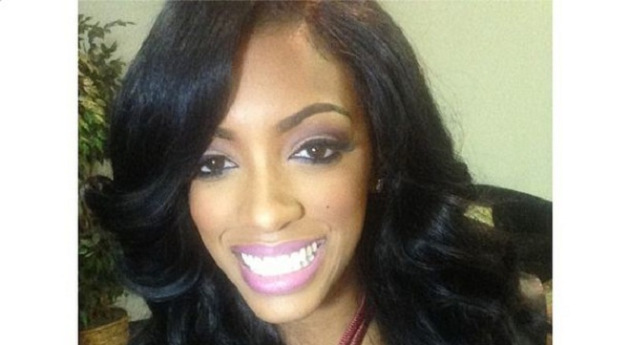 Right after news broke about Porsha Williams’ new African boyfriend — a dictator’s son — E! News grabbed an exclusive from her shutting down the rumors.

Teodoro Nguema Obiang Mangue, is NOT her man after all!

As many readers find this out, they’re probably wiping their foreheads as he is the son of a dictator and Mangue’s past doesn’t have such a nice track record.

With that being said, why would news break about this non-existent romance?

Well, Williams does have a single coming out on iTunes soon. MMM HMM…This kind of smells like someone cooked up this news story for some publicity, eh? This could be the case.

But back to WHY this romance is GOOD to NOT be true!

-Mangue’s a cruel dictator’s son.
-His father had his political opponents executed.
-His father abused the country’s oil wealth.
-Potential successor of Equatorial Guinea after his father.
-He spends excessive amount of money on materialism.
-As a rap entrepreneur, he was leaked to having dated rapper Eve…
-And rumor has it she broke it off because his father is a cannibal.
-He was charged with embezzlement.

But apparently the rumors about the Malibu resident showering Williams with lavish gifts are untrue.

According to MadameNoire, critics weren’t too happy with Williams rumored decision to date him.

Here’s what the critics had to say:

“You’re a POS. Saw this on TMZ. Dating a dictator’s son? Go f yourself you gold-digging sl*t. I feel sorry for people like you,” one Instagram user angrily wrote.

“Blood money. Be useful to yourself. Get a job or something,” another man chimed in. “Stop depending on men for material things. So many African children dying of hunger and here you go showing off the gift bought with their starving money. Karma is a b***h. God will remember you and him one day.”

“The TMZ report is completely false! I do not know Teodoro Nguema Obiang Mangue, nor have I ever dated him,” the reality star tells E! News in an exclusive statement. “When there is someone special in my life whom I wish to share I will let you all know. It has been rumored that I am dating many people.”

But she is focused on making her own money!

“I am not focused on dating at the moment but rather the debut of my new single, “Flatline” available on Itunes on March 17th.”