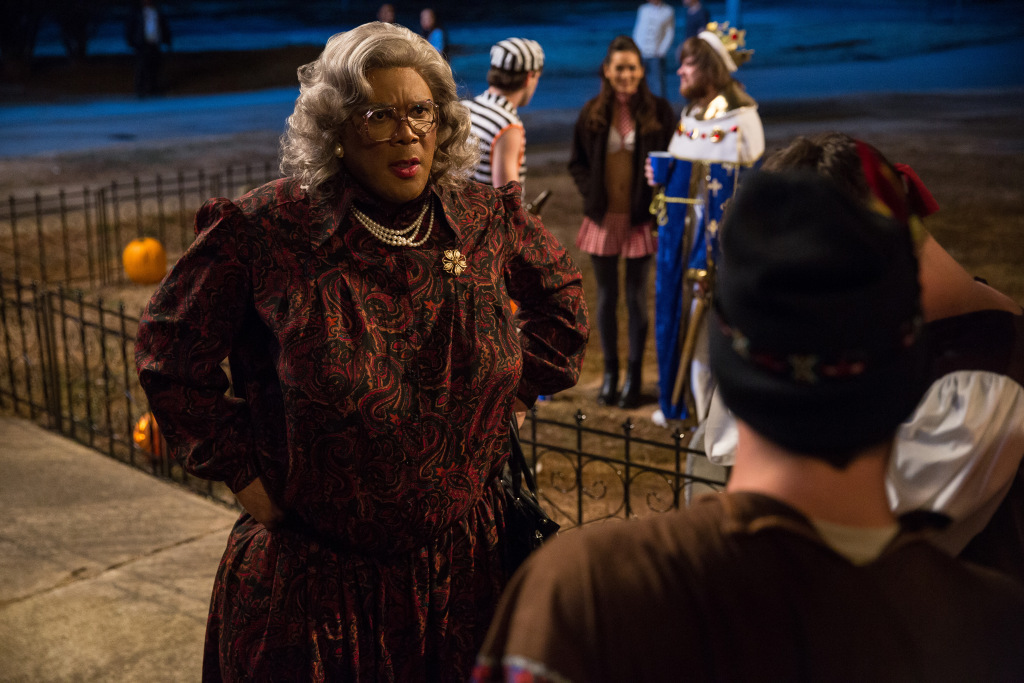 NEW YORK (AP) — Tom Hanks. Tom Cruise. Ben Affleck. None of them have been a match for Tyler Perry’s Madea.

In a surprise victory at the weekend box office, Perry’s “Boo! A Madea Halloween” toppled another A-lister as Hanks’ and Ron Howard’s new Dan Brown adaption, “Inferno,” went up in flames. Perry’s latest movie about his tough-talking grandmother remained No. 1 for the second straight week with an estimated $16.7 million.

That was enough to scare away the third installment of the “Da Vinci Code” franchise. According to studio estimates Sunday, “Inferno” bombed with $15 million, about half of what more bullish predictions anticipated.

Sony Pictures and “Inferno” could take solace in stronger overseas business. In three weeks of international release, the Italy-set film has earned nearly $150 million. The studio also stressed that the $75 million budget for “Inferno” was half that of 2006’s “The Da Vinci Code” or 2009’s “Angels & Demons.”

“Certainly we thought of the film as for the international market. We knew that’s where the sweet spot was going to be,” said Rory Bruer, domestic distribution chief for Sony. “We got a few bad breaks, the biggest being this historical World Series.” (Friday night’s Game Three between the Chicago Cubs and the Cleveland Indians drew 19.4 million viewers, a 12-year-best, and Saturday night’s Game Four was watched by 15.1 million.)

But the unexpectedly poor performance of “Inferno” was yet another example of an anxious trend in the movie business: More of the same isn’t working.

“‘Inferno’ joins the long list of sequels that didn’t measure up to their predecessors this year and in particular this summer when only three of the 14 sequels released outperformed their immediate predecessors at the box office,” said Paul Dergarabedian, senior media analyst for comScore.

Hanks has still notched the fall’s biggest hit, Clint Eastwood’s “Sully.” It’s been an especially star-studded season, with Tom Cruise in “Jack Reacher: Never Go Back” ($9.6 million in its second week) and Ben Affleck in “The Accountant” ($8.5 million in its third week).

But Perry’s long-running character has fared better than each, at least in North America. The Halloween-themed “Boo,” released by Lionsgate, has made $52 million in 10 days, making it Perry’s biggest hit since 2009’s “Madea Goes to Jail.”

Next week’s big North American opening, Marvel’s “Doctor Strange,” opened in 33 territories abroad where it kicked things off with $86 million.

Estimated ticket sales for Friday through Sunday at international theaters (excluding the U.S. and Canada), according to comScore: