Patriots Mount a Comeback for the Ages to Win a Fifth Super Bowl
POSTED BY WLAS February 6th, 2017 0 COMMENTS 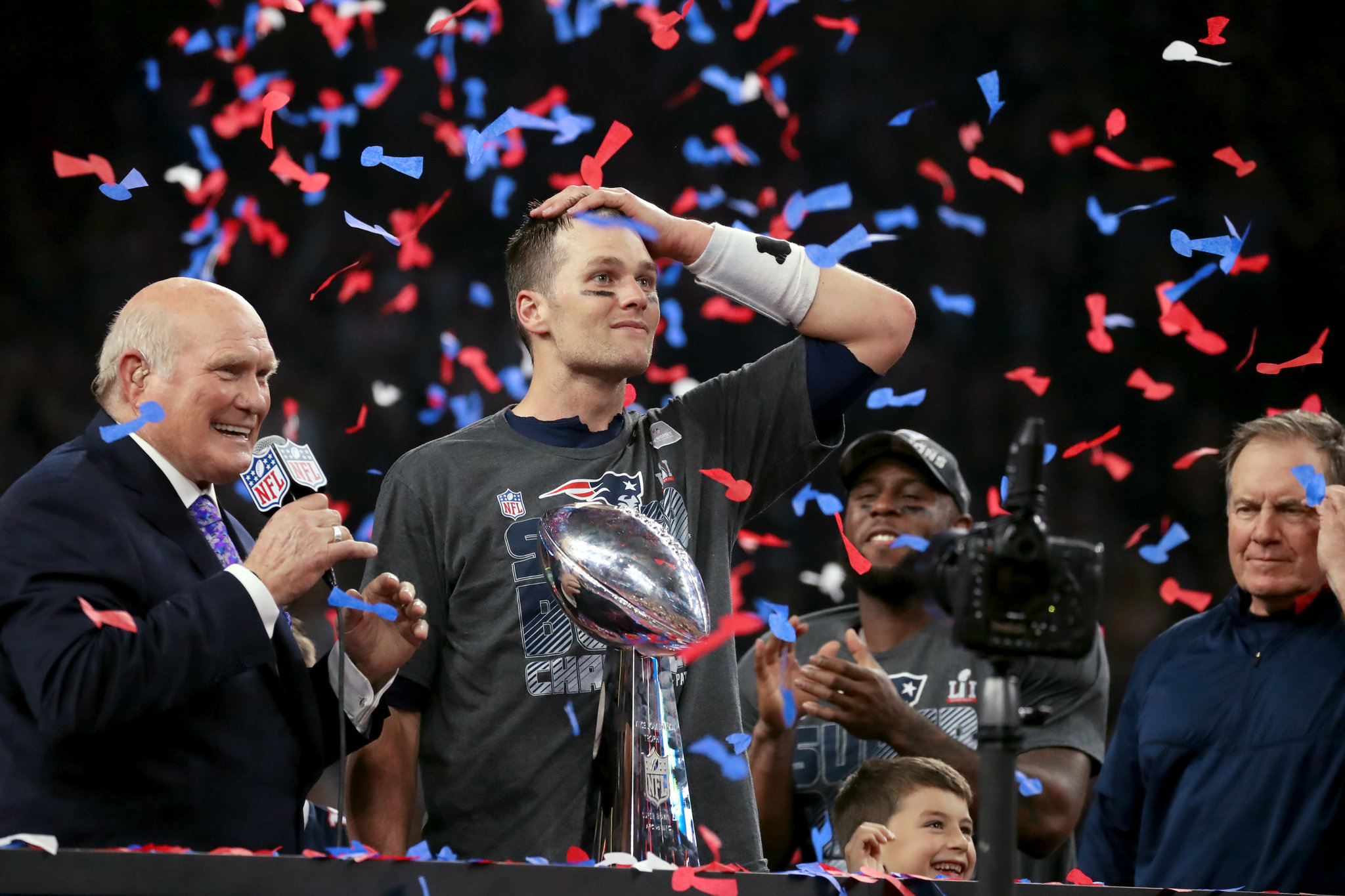 HOUSTON — The chants rang out loud and long at NRG Stadium in South Texas, not from bars or living rooms across New England, until a wall of sound enveloped a team and a quarterback on a mission. “Brady, Brady,” the fans screamed, and it is in moments like this — the first overtime in Super Bowl history — that Tom Brady appears most comfortable, as if lounging on his sofa in his beloved Uggs.

So Roger Goodell and Tom Brady had their postgame handshake after all. 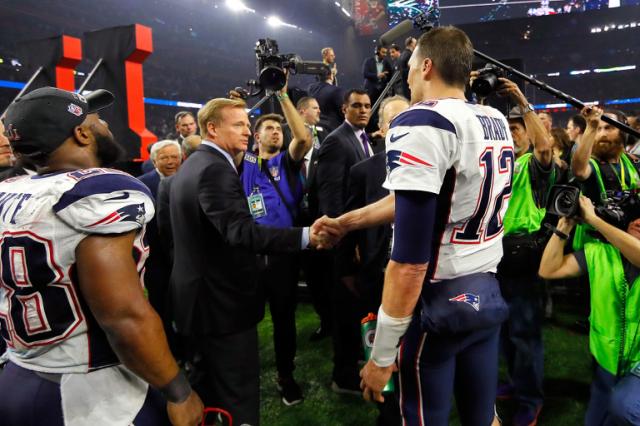 Following Brady’s Super Bowl MVP performance and the New England Patriots’ record 25-point comeback to beat the Atlanta Falcons in Super Bowl LI, it was the meeting everyone wondered about. After two years of the NFL going after Brady and the Patriots for deflate-gate, we knew the two had to come together at some point.

It happened as confetti rained down on the field, and Goodell — apparently standing out of Brady’s sight — tapped Brady on the left arm prior to the commissioner’s presenting of the Lombardi Trophy, as seen on the Fox broadcast before it went to commercial break.

Roger Goodell and Tom Brady shook hands after Super Bowl LI. It was as awkward as expected.

Brady slowly turned and looked down to see Goodell’s hand, the one that had signed off on 18 months of legal battles that cost both Brady and the league tens of millions of dollars and two years of anguish between the sides. He then shook Goodell’s hand, they exchanged a few words and it appeared that Goodell held onto Brady’s hand for an extended moment.

And that was it, near as we can tell. Goodell went up on stage and presented the trophy to Patriots owner Robert Kraft and chatted with New England head coach Bill Belichick, a conversation that appeared more cordial and convivial than Brady’s chat with the commissioner minutes earlier. Brady spoke on stage to the dazed and rabid Patriots fans, but Goodell had left the stage by that point.

What did Goodell say to Brady? We might never find out, unless Brady reveals it. Goodell likely just congratulated him quickly before walking off. But that nine-second video, even without the audio, spoke volumes of what the past two years have done to change things forever between them.

On Monday morning, Goodell — presumably — will shake Brady’s hand at least once more and hand him the keys to a new car. Brady, one of the most famous men on the planet after his fifth Super Bowl title, likely doesn’t need that. But he might take special joy in everything that went down from the third quarter on, from leading an epic comeback to breaking Super Bowl records in the process and forcing Goodell to eat crow as it were.