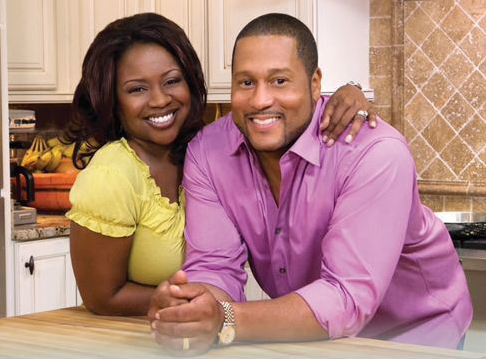 Aww man! This one hurts! According to TMZ, Food Network married couple Pat and Gina Neely are calling it quits! The BBQ titans that became a regular part of the cooking vernacular via their Food Network show “Down Home With The Neelys” are headed to divorce court.

Gina Neely is apparently the one who filed for divorce.

According to the docs, they’ve been separated for 2 years … though you’d never be able to tell from their show … which they’ve continued to shoot all along.

Gina cites irreconcilable differences in the papers but according to a joint statement … they’re splitting on good terms, and will continue to run their NYC barbecue restaurant together. They also say they’ll be focusing on their “individual brands”.

Wow, so maybe reality TV of any kind can doom a marriage…even one as benign as a cooking show!

They have 2 daughters, but both are over 18 so, there will be no child support.