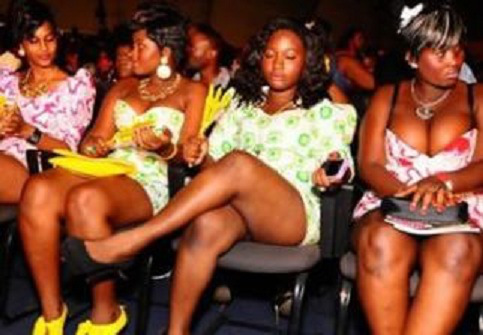 Religious leaders have a long history of convincing their church members to do unique things, this is no different in Kenya, where one pastor orders his female members to remove their undergarments in the name of Christ.

Kenyan pastor Rev. Njohi has raised not only a few eyebrows but red flags with his unorthodox suggestion of having his female congregants remove their bras and underwear before coming to church, so that Christ can freely enter their bodies with his spirit, according to The Kenyan Daily Post.

Njohi, who is the pastor of the Lord’s Propeller Redemption Church in Kenya, reportedly refers to undergarments as “ungodly.” The bible-toting minister called together a meeting with church officials and allegedly discussed banning the under garments because people “need to be free in body and spirit in order to receive Christ.”

After warning his female congregants about the evils of skivvies, the God-fearing pastor spoke of the damnation they will suffer if they dare not to go bare underneath.

In true fashion, the church’s female population reportedly did come to church sans their undies, the Post reports, in order to prepare for their spiritual taking.

This SICK Pastor probably wanted to lay hands on these unsuspecting women folk!

Do you think pastors should be monitored more closely or do they deserve free rein in their ministering?