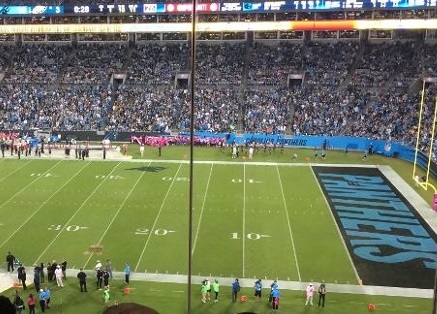 CHARLOTTE, N.C. —Cam Newton took another step toward rewriting the NFL record book, and the Carolina Panthers defeated the Philadelphia Eagles 27-16 on Monday night to improve to 6-0 for the first time in franchise history.

Newton threw for a touchdown and ran for another score, marking the fourth time this season he has accomplished that feat in a game and 28th time in his career – three behind Hall of Famer Steve Young for the league record.

Ryan Mathews ran for 97 yards, including a 63-yard touchdown, but the Eagles (3-4) were only able to convert three interceptions by Newton into six points.

The Panthers held Sam Bradford to 205 yards passing and sacked him five times, including twice by Jared Allen.