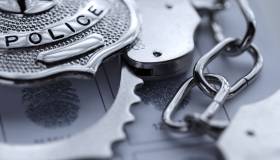 Social media erupted on Tuesday after a Snapchat screenshot went viral, showing a police officer in uniform with text that included a racial slur.

Pennsylvania officer Melissa Adamson has been fired after an offensive photo which read, “I’m the law today n**gas” made its rounds on the internet. The insensitive pic reportedly cost her two jobs with local departments. On Tuesday, she resigned from her part-time job as a police officer in Versailles. 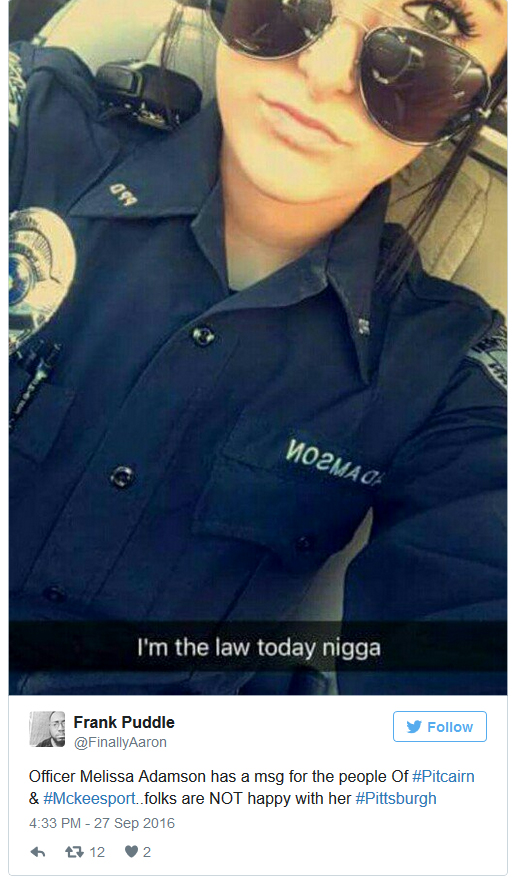 Adamson told Pittsburgh’s Action News, “I’m not a racist. That’s not how I plan on portraying myself. I love my job. I love what I do. It’s what I want to do for the rest of my life.” She added that the derogatory term was used loosely by people around her, saying, “Everyone that knows me knows I don’t have a racist bone in my body. And people who don’t know me, I can understand why it was misconstrued to where it looks racist. But like I said, everyone who knows me knows I’m not racist.”

Michael Cherepko, the Mayor of McKeesport where Adamson worked, released a statement on Facebook, saying that the post, “displays a degree of conduct and character that is far different from what I would expect from an officer in this city. It is absolutely unacceptable. Without hesitation, my office and the police chief’s office immediately concluded that this officer’s actions will not be tolerated in the city of McKeesport. She has been relieved of her duties, and her employment has been terminated.” 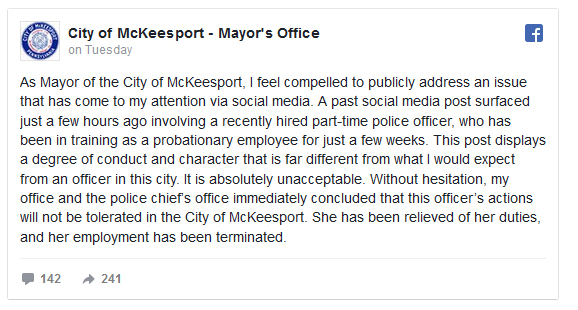 Unfortunately for Adamson, the photo emerged while she was still in probationary training for the city’s department.