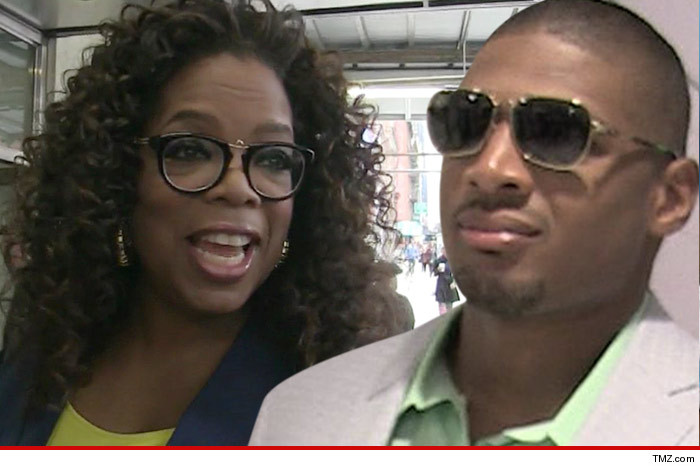 Initially, Sam was reportedly supposed to be a part a docuseries — just like the network did with Lindsay Lohan.

But after a MAJOR backlash from the NFL community, the project was called off. Sam was recently cut by the Dallas Cowboys and is currently a free agent.

Unclear if Sam’s employment status contributed to the network’s decision to run a special … which is set to air on December 27th.

OWN says Oprah will sit-down with Sam to discuss everything that has unfolded since the NFL Draft.

According to OWN, “the documentary captures the moment when Michael was drafted by the St. Louis Rams, the intense media scrutiny that immediately followed, and Michael’s struggle to stay focused despite the pressure and chaos.”

“Additionally, the documentary explores Michael’s relationship with his boyfriend Vito and the challenge of balancing his personal life alongside his pursuit of NFL stardom.”

The news seems to be a shock to Sam .. who recently told TMZ Sports he didn’t expect to have any sort of a professional relationship with Winfrey after the docuseries was called off.