Omari Hardwick On How He Won The Role Of Ghost On ‘Power’
POSTED BY WLAS September 2nd, 2019 0 COMMENTS

The final season of Starz drama series “Power” kicked off last Sunday, Aug. 25 and series star Omari Hardwick took to Instagram to give props to the amazing cast and crew that he’s worked with for the past six seasons.

Last month, the actor dished about how he landed the role of Ghost during the “Power” Television Critics Association panel with creator Courtney A. Kemp.

“When I sat down with Courtney the first time pre-Season 1, she said, ‘I’m hiring you for your rage,’” Hardwick said via cheatsheetcom. “I got her point, and I didn’t argue it one bit.”

Adding, “I hear everybody from my mother to strangers in here saying, ‘Omari smile more, we love your big *ss smile.’ I get it, but when she said with zero apology, ‘I hired you for your rage,’ one of the greatest things in life is to be given permission to be rage-filled without being arrested for it.”
Harwick also noted how he was able to embed some of his own persona into Ghost.

“I haven’t stated it a lot, but there’s a poet meets an athlete meets an actor, so the combination of sorts for me is interesting,” he said. “I grew up in an all-black neighborhood and I went to an all-white high school. So there were things in me that at each pivotal point in my life, the reality that I was creating that which I didn’t even know I would use one day when Courtney and Curtis [Jackson] and Mark Canton and [Starz executive] Carmi [Zlotnik] and the rest of the execs at STARZ hired me. And it was all of those dichotomies that were inside of me.”

He also explained how “it’s really important to know who you are, first and foremost.”

“I’ve seen it in reverse where I’ve met later in life, perhaps, African-Americans who aren’t necessarily so sure about who they are culturally. Then they’re all of a sudden trying to run up and catch who they are in their 20’s. They might’ve grown up opposite, and then they go to a historically black school, and they try to figure that out. Or they get within their own confines or environmental huddles that allow them to learn a little bit more about who they are.”

When it comes to how his own family and upbringing has impacted him, Hardwick revealed: “There were two grandfathers in my life who had gone through so much of the Jim Crow realities of life, growing up in Savannah, Georgia, both being educated. one calling me Chilly, one calling me Boots,” he said.

“Interestingly, they were so about me learning who I was — even if it was via my father, who was the son of one of them, and through uncles to the side — that by the time I got to certain huddles in life or environmental groups that didn’t mind me coming in, I so was aware of who I was as an African-American which is perhaps rare.” 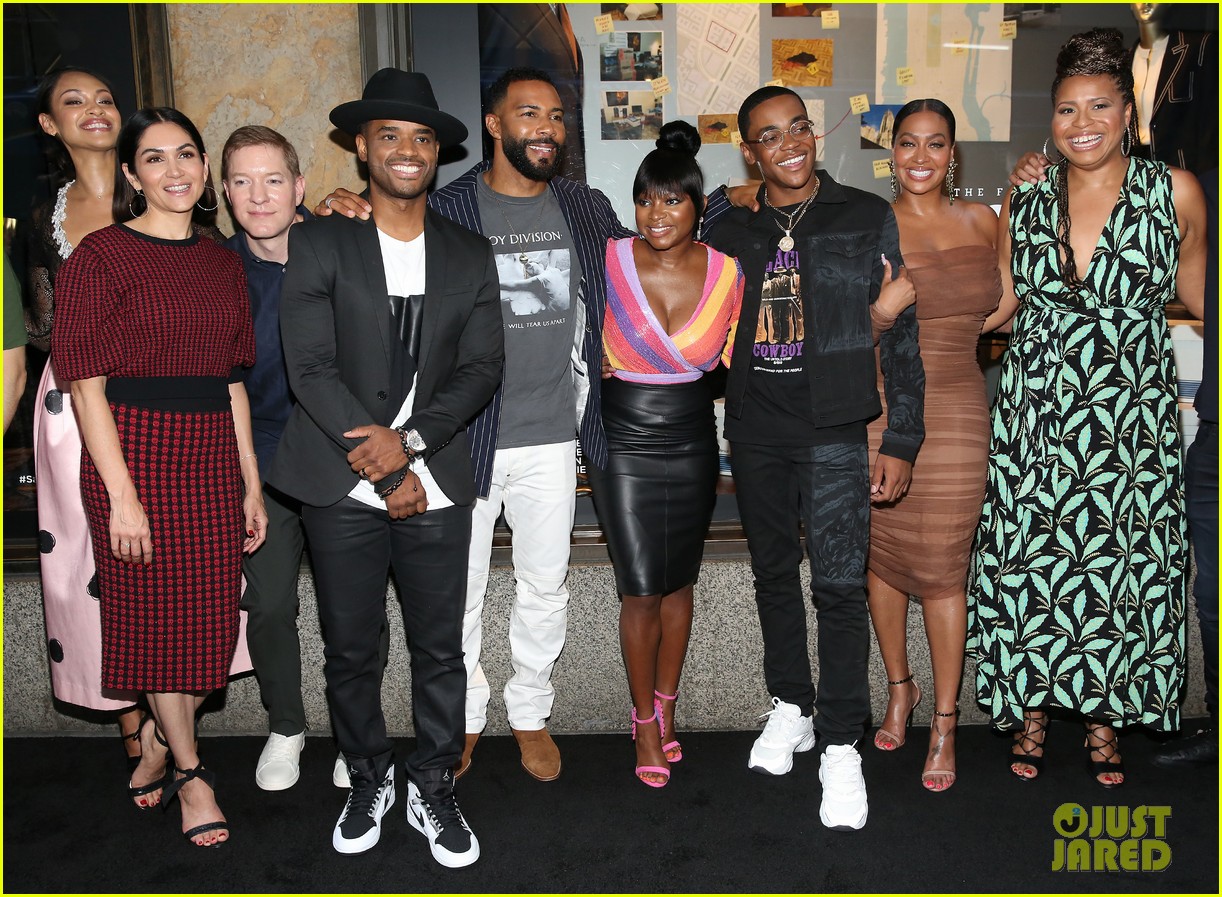 As noted by cheatsheet.com, that background grounded Hardwick when he went to an all white high school.

“So once I went off to a white high school, it was interesting because I was very aware of who I was,” he said. “At times, certain things said to me were very offensive because I knew who I was. And then, certain times, there were people that perhaps gravitated towards me, who didn’t look like me or 50 [Cent] or Rotimi or Michael [Rainy, Jr.] or Larenz [Tate]. They didn’t make that an issue that they didn’t look like me. They just were like, ‘I’m comfortable with how comfortable you are with who you are.’ So I started to weed out very well. I think it gave me a great barometer and antenna in terms of discerning people that I shouldn’t be around and those that I could.”

“They were very different in their upbringings. So mine was somewhere in the middle of Courtney and 50. So I feel like both of them threw an arm around me and said, ‘Part of me gets you.’ That would be Courtney’s voice. And then, Curtis had ‘A part of me gets you.’ So, I found my space in the middle in terms of us being the triumvirate of African-American before and then to rejoin the forces.”

Each new episode of season six of “Power” debuts every Sunday on Starz.