Ohio Woman discovers that her husband was her Father
POSTED BY WLAS October 1st, 2012 0 COMMENTS 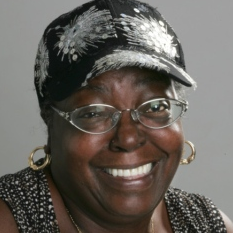 Talk about a psychological blockbuster.

Not that Valerie Spruill’ life had been a breeze four decades earlier when she found out at the age of 9 that the man she thought was her father was actually her grandfather, and that a person who had been identified as a “family friend” was actually her mother.

Spruill didn’t learn until later that her mom also was one of three “night ladies,” as she terms it, who testified in the infamous 1980 corruption trial of Summit County Probate Judge James Barbuto.

Why would anyone volunteer this kind of information?

Because Valerie Spruill wants to be an example. The 60-year-old Doylestown woman wants to show other folks born into miserable situations that they can still lead good, productive, fulfilling lives.

Spruill has. Now retired, she worked for 34 years in the accounting department at Goodyear. She has three kids and eight grandkids.

Although Spruill has fought through serious health problems — she believes they were brought on by the stress of discovering the longtime family secret in 2004, when her husband/father died — she is relentlessly upbeat and optimistic.

For years, she overheard odd whispers she couldn’t figure out. She finally learned the truth from an uncle not long after her husband/father’s death.

When asked to estimate how many people know about this, she laughs and says, “Half of Akron.”

Spruill says she confirmed the relationship with a DNA test. And if anyone doubts it, she says, she still has plenty of his DNA: About five years ago, she found a hairbrush of his that somehow had become lodged under their dresser.

Now, I think it’s safe to say there aren’t a lot of support groups for people who marry their fathers. Fortunately, Spruill has been working with a therapist since she found out. She praises the therapist for helping her realize she did nothing wrong.

“I’ve been getting great help,” she says, “because, God knows, if I hadn’t of went and aired out how I feel, I wouldn’t have made it, because I would have continued to stress out about this problem.”

Still, the pain understandably persists. As she tells her tale to a writer whom she doesn’t know but says she trusts, an occasional drop of moisture slides down her dark brown skin toward a mouth that can’t seem to avoid curling upward in the corners even as she dredges up the most traumatic of memories.

The man in question, Percy Spruill, died in April 1998 at the age of 60. Born in Mississippi, he worked in Akron as a truck driver and, later, as a parking-lot attendant at Morley Health Center.

He and Valerie’s mother hooked up when he was only 15.

We’re not sure how many offspring Percy Spruill helped produce, but at one point, apparently, he figured that one of them would be a suitable spouse.

Although Valerie says she is not 100 percent certain he knew, because he never talked about it, she strongly believes he was aware of the taboo he had committed but was simply afraid to tell her.

She fights the natural inclination to hate him, because people who hate don’t get into heaven, she says. And if you don’t make it into heaven when the time comes, she notes, you can’t hit the rewind button and try again.

“I want this to be more of an inspirational story,” she says. “If I’ve come through this, anyone can come through anything through the help of the Lord.”

Spruill also is motivated to tell her tale in the hope she can locate additional siblings she didn’t know existed.

“My biggest goal is to find them and let ’em know that [their mother] loved them, no matter what. And [to tell them], ‘Thank God she gave you away like she did me, so you could have a beautiful life.’

“It’s not a shame to be given away. Most of the time it’s a blessing.

When she learned that Christine, the nice-looking woman who visited the house, was her mom, Spruill hated her. Hated the deception. Hated that her mom had tossed her in a taxi at 3 months old and shipped her permanently to Grandma’s house. Hated that she knew nothing about her siblings.

But well before her mother died in 1984, the daughter made amends, thanks in part to the religious beliefs imbued by her grandparents, whom she credits with doing a wonderful job of raising her.

“God changed my life,” Spruill says. “It was God, through me, that let [Mom] see God for herself. …

“One Sunday, she came to church and joined.”

Spruill also believes faith helped get her through two strokes and a diabetic coma that kept her in intensive care for 11 days.

“I know there’s a reason why I’m still living,” she says. “And it’s to tell this story.

“It needs to be told, because children need to know where they come from. And I know it hurts, because I have been devastated by this.”

One of the six brothers she is aware of advised her not to go public, saying, “Val, that might bring up a whole lot of skeletons in the closet.”

The hurt can be trumped by the truth, she believes.

“It’s a miracle how God reveals and heals at the same time, and he gives you that blessing to keep on going. …

“If this old lady done come through all this, and God’s still got her here and still with a good heart — because you find so many mean, vicious people in the world, and you don’t have to be — you can love no matter what you’ve come through or where you’ve been in this world.”