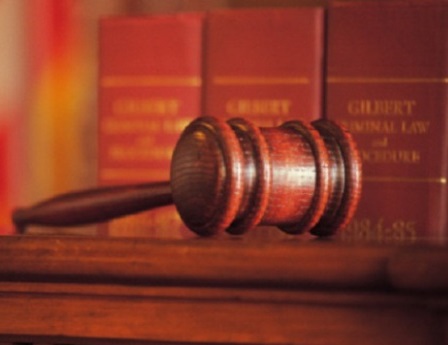 FINDLAY, Ohio (AP) — An Ohio man is finding out there’s no easy way to come back from the dead. Donald Miller Jr. went to court this week to ask a county judge to reverse a 1994 ruling that declared him legally dead after he had disappeared from his home eight years earlier. But the judge turned down his request, citing a three-year time limit for changing a death ruling.
Hancock County Probate Court Judge Allan Davis called it a “strange, strange situation.” “We’ve got the obvious here. A man sitting in the courtroom, he appears to be in good health,” said Davis, who told Miller the three-year limit was clear. “I don’t know where that leaves you, but you’re still deceased as far as the law is concerned,” the judge said.
Miller resurfaced about eight years ago and went to court so that he could get a driver’s license and reinstate his Social Security number. His ex-wife had opposed the move, saying she doesn’t have the money to repay the Social Security benefits that were paid out to her and the couple’s two children after Miller was declared dead.
Robin Miller said her former husband vanished because he owed big child support payments and that the overdue payments had totaled $26,000 by 1994, The (Findlay) Courier reported. Miller, 61, who now lives in the northwest Ohio city of Fostoria, told the judge that he disappeared in the 1980s because he had lost his job and he was an alcoholic. He lived in Florida and Georgia before returning to Ohio around 2005.
His parents told him about his “death” when he came back to the state, he said. “It kind of went further than I ever expected it to,” Miller said. “I just kind of took off, ended up in different places.”