Officer Who Killed Tamir Rice Rehired As A Cop: ‘He Deserves A Second Chace’
POSTED BY WLAS October 7th, 2018 0 COMMENTS 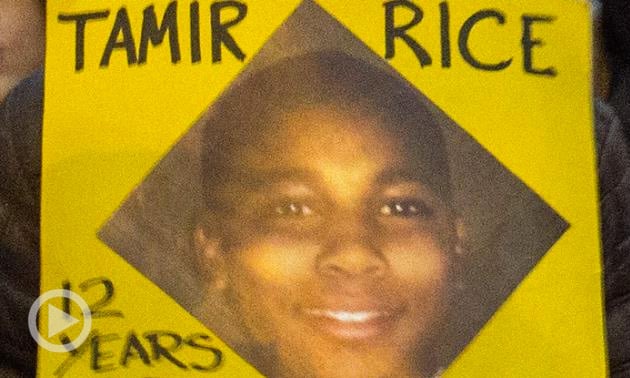 Tamir Rice was killed on November 23, 2014 by Cleveland police officer Timothy Loehmann. While playing with a pellet gun outside of a recreation center, surveillance footage showed Loehmann and his partner drove up on the 12-year-old and shot him within 2 seconds. The 26-year-old was never indicted for the killing.

It took nearly 3 years for him to be fired as a police officer in 2017 after it was discovered he was deemed “unfit for duty” at a previous department.

Now, it has been reported that Loehmann has been rehired as a police officer.

According to The Times Leader, Bellaire Police Chief Richard Flanagan confirmed Friday that he hired Loehmann because he believes “he deserves a second chance.” Flangan said, “He was cleared of any and all wrongdoing. He was never charged. It’s over and done with.”

This is deeply despicable considering shooting a 12-year-old should never be “over and done with.” Furthermore, Loehmann’s former boss said of his ability to be a cop, “He could not follow simple directions, could not communicate clear thoughts nor recollections, and his handgun performance was dismal.” He also said, “I do not believe time, nor training, will be able to change or correct the deficiencies.”

Samaria Rice, Tamir’s mother, said in a statement to The Daily Beast that “given his [Loehmann] history—including breaking down and crying during training and rushing upon and slaying a 12-year-old child—Loehmann doesn’t belong on any police force, anywhere, period.” The statement continued, “And he shouldn’t be foisted upon the citizenry anywhere.”

How awful that Loehhmann gets a second chance, but Tamir Rice is gone with no justice.