Obamacare Repeal – How Will It Impact People With Pre-Existing Conditions?
POSTED BY WLAS May 6th, 2017 0 COMMENTS 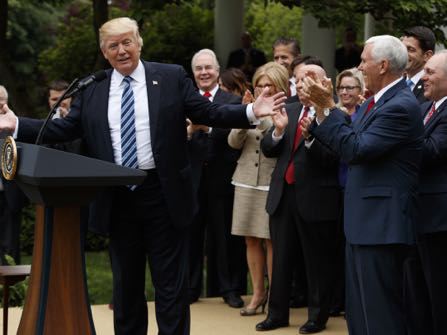 WASHINGTON (AP) — Delivering at last, triumphant House Republicans voted Thursday to repeal and replace the “Obamacare” health plan they have reviled for so long, overcoming united Democratic opposition and their own deep divisions to hand a major win to President Donald Trump.

The 217-213 vote was a narrow victory, and ultimate success is far from assured since the measure must still make its way through a highly skeptical Senate. But after seven years of campaign promises and dozens of show votes, Republicans finally succeeded in passing a health care bill that has a chance of becoming law.

They weren’t waiting for final passage to celebrate.

“What a great group of people!” Trump exclaimed at the White House, arms raised to salute the dozens of lawmakers who hurried to join him in the Rose Garden immediately after the vote. Set aside for the moment were the feuds and philosophical divides that nearly sank the bill time and again.

And at the same time, the Republicans had begun to show that perhaps they can come together and govern the country now that they control Washington in full.

Democrats countered that the GOP bill would have the opposite effect from what Trump predicted, pointing to estimates it will kick millions off the insurance roles while imperiling coverage for people with pre-existing conditions who had gained protections under Barack Obama’s Affordable Care Act. 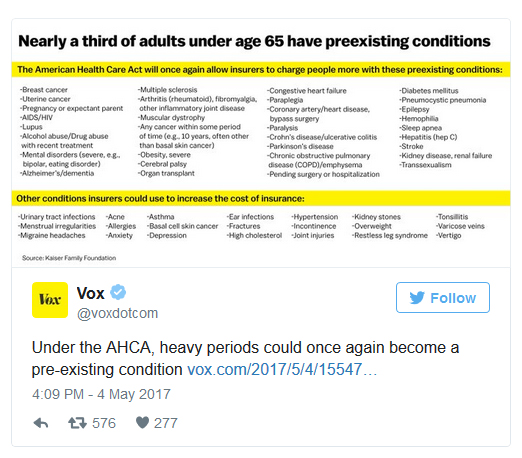