Former President Barack Obama said he believes America owes a debt to the descendants of enslaved Africans, reversing his position on reparations as debate about legislation on the contentious topic gains steam in Congress.

In a conversation with co-host Bruce Springsteen on their new podcast, Obama said he supported the concept in theory but could not be vocal about his support as president because of an expected backlash from white people.

“What I saw during my presidency was the politics of white resistance and resentment, the talk of welfare queens and the talk of the undeserving poor and the backlash against affirmative action,” Obama said on the podcast. “All that made the prospect of actually proposing any kind of coherent, meaningful reparations program struck me as, politically, not only a non-starter but potentially counter-productive.”

While Obama addressed the topic in different ways during his initial campaign, he repeatedly said he did not support reparations. A PolitiFact fact check referenced Obama’s response to a 2007-2008 NAACP presidential questionnaire when Vermont Sen. Bernie Sanders came under fire for saying his opposition to reparations was similar to the country’s first Black president.

“These challenges will not go away with reparations. So while I applaud and agree with the underlying sentiment of recognizing the continued legacy of slavery, I would prefer to focus on the issues that will directly address these problems – and building a consensus to do just that.”

This example of Obama’s hesitance to support reparations was also noted by economist William A. Darity Jrin the book, “From Here to Equality: Reparations for Black Americans in the Twenty-First Century.”

Darity and his co-author A. Kirsten Mullen argued that Obama’s narrow interpretation of reparations completely disregarded the subsequent period of Jim Crow segregation and other discrimination against Black people, the results of which still linger to this day.

Obama’s new admission came as advocates see 2021 as the year a reparations bill may finally pass. Originally introduced by the late Rep. John Conyers in 1989, House Resolution (H.R.) 40 authorizes a study commission to examine reparations. Conyers introduced the legislation every single year but H.R. 40 never made it to the floor for a vote.

Inspired by the grant of reparations to Japanese Americans in the late 1980s, Conyers worked with the National Coalition of Blacks for Reparations in America in crafting the legislation. Conyers expressed hope that Obama would have supported H.R. 40 during his run for president. 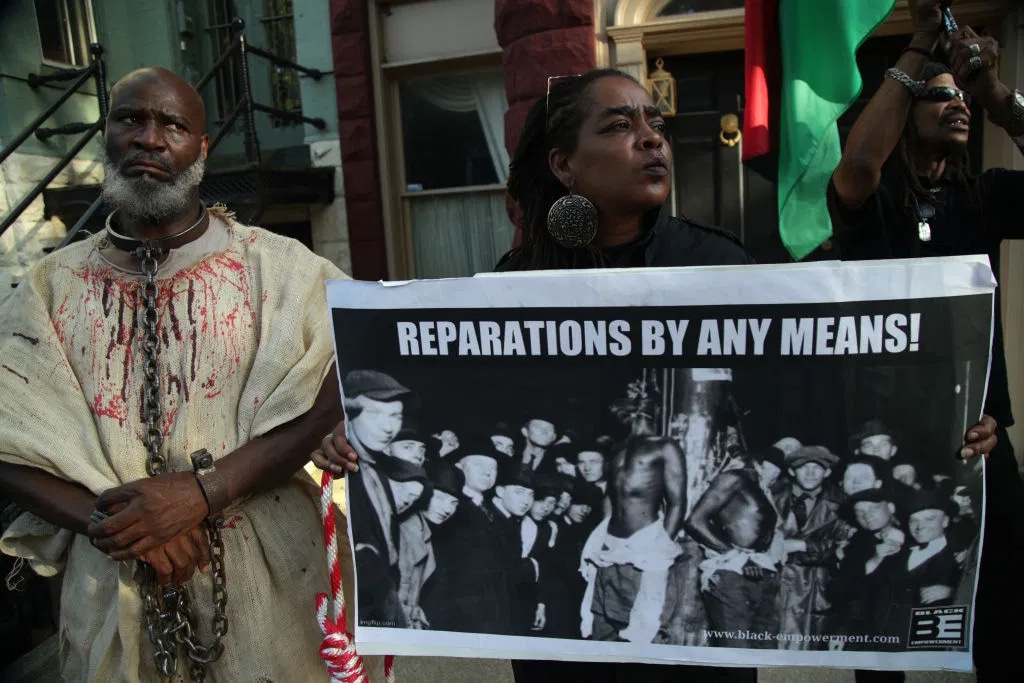 Obama’s change of heart on the subject may come as a surprise to some given his lack of public support even for the study commission bill. Texas Rep. Sheila Jackson Lee has taken up the mantle of H.R. 50 which now has 173 co-sponsors in the house. A Senate companion bill introduced by New Jersey Sen. Cory Booker has 17 co-sponsors.

Over the past several years, the politically correct answer for elected officials asked if they support reparations has been to sidestep the question and say they support a study on the subject. Black organizers pushed the issue to the forefront of the 2020 presidential contest demanding candidates seeking the Black vote state clear positions on the subject.

Last week during a hearing, Jackson Lee said the bill is about addressing ongoing disparities. She said it would be an active commission to study and develop proposals addressing reparations. But for Lee, the presence of people she calls “the overcomes,” like former President Obama and current Vice President Kamala Harris, does not erase the past.

“Now more than ever the facts and circumstances facing our nation demonstrate the importance of H.R. 40 and the necessity of placing our nation on the path to reparative justice,” shared Lee said.