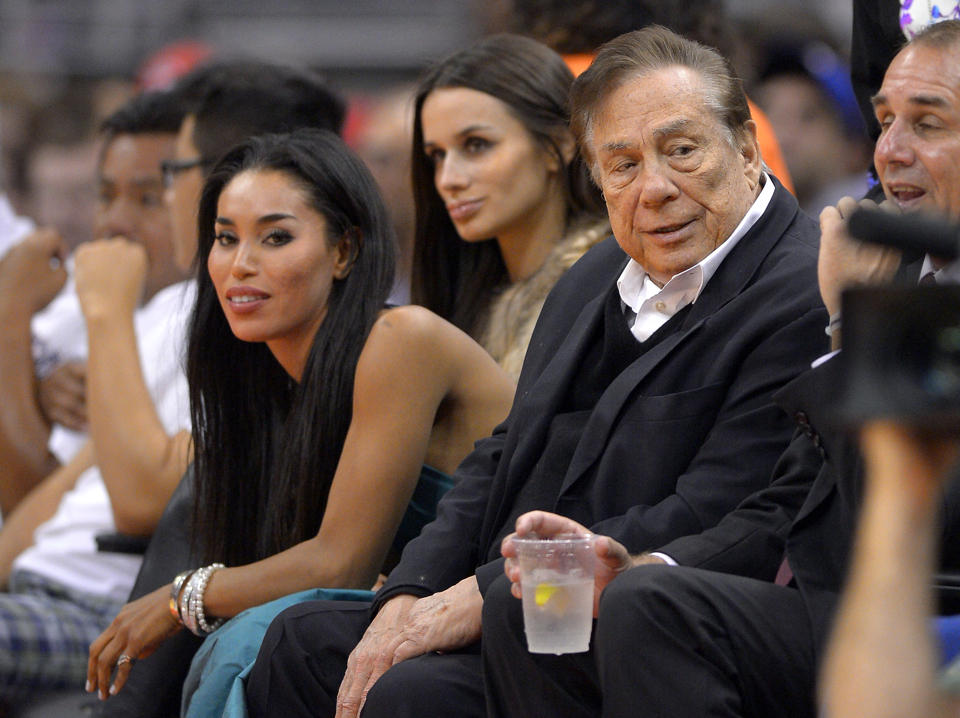 Black leaders joined President Barack Obama on Sunday in speaking out against racist remarks reportedly made by Los Angeles Clippers owner Donald Sterling, and urged the NBA to act quickly.

During a news conference in Malaysia, Obama called the comments — revealed in an audio recording obtained by TMZ — “incredibly offensive” and “racist.”

“When ignorant folks want to advertise their ignorance, you don’t really have to do anything, you just let them talk,” Obama said when asked about Sterling’s reported statements.

“The United States continues to wrestle with the legacy of race and slavery and segregation, that’s still there, the vestiges of discrimination,” the president continued. “We’ve made enormous strides, but you’re going to continue to see this percolate up every so often. And I think that we just have to be clear and steady in denouncing it, teaching our children differently, but also remaining hopeful that part of why statements like this stand out so much is because there has been this shift in how we view ourselves.”

The NBA, Obama added, has “an awful lot of African-American players, it’s steeped in African-American culture. And I suspect that the NBA is going to be deeply concerned in resolving this.”

NBA commissioner Adam Silver said the league was working to confirm authenticity of TMZ’s tape, and promised a swift investigation.

“All members of the NBA family should be afforded due process,” Silver said Saturday. “Which is why I’m not yet prepared to issue any potential sanctions against Donald Sterling. We will move extraordinarily quickly. We plan to have this wrapped up in the next few days.”

The Rev. Al Sharpton said unless Sterling proves it’s not his voice on the tape, the NBA must move “today.”

“I think that clearly the National Basketball Association must suspend him, or must say that, ‘We’re going to remove any kind of imprimatur we have on this team if he’s the owner,'” Sharpton said on NBC’s “Meet The Press.” “You cannot have someone own an NBA team in this country and have these kind of attitudes.

“This is about the NBA saying that it’s acceptable or excusable to behave like this,” Sharpton continued. “And we’ve seen where sports can unite a country. We just hung a plaque to Nelson Mandela at Yankee Stadium. He used rugby to bring South Africa together after apartheid. This is the exact opposite of that.”

The Clippers owner, Sharpton said, “needs to state unequivocally, ‘That’s not me on the tape.’ If it is him on the tape, [the NBA needs] to move today, or we’re going after advertisers.”

Sharpton’s National Action Network is planning a protest outside Staples Center in Los Angeles on Tuesday, when the Clippers face the Golden State Warriors in Game 5 of their opening-round playoff series.

Sterling, the longest tenured NBA owner, had been set to receive a lifetime achievement award from the NAACP’s Los Angeles chapter on May 15 “for his generosity, inspiration and leadership.” But NAACP interim president Lorraine Miller said Sunday that’s not happening.

“He is not receiving a lifetime achievement award,” Miller told “Meet The Press.”

In the audio tape published by TMZ, a male voice is heard asking a female associate — identified by the site as Sterling’s girlfiend, V. Stiviano — “Why are you taking pictures with minorities? Why?” (Stiviano recently posted a photo of herself with Los Angeles Lakers Hall of Fame guard Magic Johnson to her Instagram account. The photo was later deleted.) The male then advises her not to bring Johnson to Clippers games.

“I will never again set foot in Staples Center when the Clippers are playing,” Johnson told the Los Angeles Times. “I know where I’m not wanted.

“Something has to be done,” Johnson continued, “and if that means him losing the team, then that has to happen. The league has to come down hard and make a statement.”

“He shouldn’t own a team anymore,” Johnson said on ABC’s playoff pre-game show Sunday. “I had a friendship with him. So for him to then make these comments, or alleged comments, about myself as well as other African-Americans and minorities, there’s no place in our society for it. There’s no place in our league, because we all get along. We all play with different races of people when you’re in sports. That’s what makes sports so beautiful.”

Sterling did not attend Sunday’s game between the Clippers and Warriors in Oakland, Calif., which the Clippers lost 118-97. Before the game, Clippers players wore their warm-up t-shirts inside out in a silent protest against Sterling.

In a statement released Saturday, Clippers President Andy Roeser said the organization does not know if the tape “is legitimate or it has been altered,” and that Sterling “is emphatic that what is reflected on that recording is not consistent with, nor does it reflect his views, beliefs or feelings. It is the antithesis of who he is, what he believes and how he has lived his life.”

In 2009, Sterling agreed to pay $2.73 million to settle a federal discrimination lawsuit alleging he refused to rent apartments to Hispanics and blacks and to families with children in Los Angeles’ Koreatown.

In a another discrimination lawsuit filed by former Clippers general manager Elgin Baylor, Sterling was accused of racism and employing “a Southern plantation-type” ownership structure. That suit was dismissed in 2009.

“Donald Sterling’s racial history is on the record,” Bryant Gumbel, host of HBO’s “Real Sports,” said on “Meet The Press.” “It has cost him money. It cost him his reputation long before this. And so I’m kind of amazed that anyone is surprised at this.”