O.J. Simpson May Be Released Sooner Than We Thought
POSTED BY WLAS February 22nd, 2017 0 COMMENTS 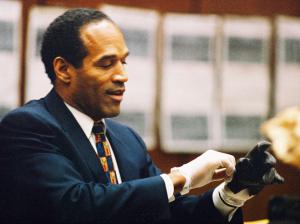 Football icon O.J. Simpson may be getting out prison earlier than we may have thought. He is up for parole later this year.

Since 2008, Orenthal James “O.J.” Simpson, 70, has been in a Nevada prison after he was convicted on several Las Vegas hotel room. As Sports Illustrated pointed out, Simpson could be granted an early release based on a 11-point system Nevada uses to assess risk. Apparently, Simpson scores well because of his age, his violence-free existence in prison and lack of gang affiliation on the inside.

After a few failed appeals attempts, it’s believed that he will face the parole board earlier this summer. Currently, Simpson has served only eight of the 33 years he was sentenced on 12 charges including conspiracy, burglary, robbery, kidnapping and assault with a deadly weapon.

Nicknamed “Juice,” Simpson first fell from public grace in 1995 with the infamous murder of his wife, Nicole Brown Simpson and Ronald Goldman, which he was charged and found not guilty of in a Los Angeles court.