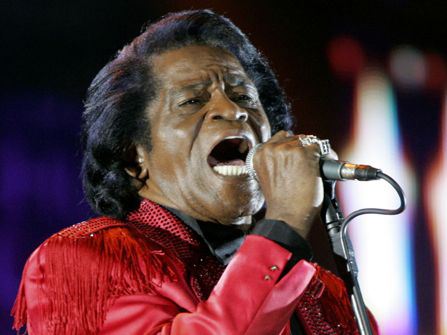 Fans of James Brown will get two different looks into the late music icon’s life with two new books.

In her book, “Cold Sweat,” Yamma Brown reveals how her famous dad struck her mother, in addition talking about how she grew up and had to deal with domestic violence issues in her marriage as well.

The following is an excerpt from Yamma Brown’s “Cold Sweat,” via vulture.com:

“The beatings always begin the same way, with the same terrible sounds. My parents are in their bedroom, behind closed doors. First comes the boom of my father’s voice. “Dee Dee! Goddamn it, Dee Dee!” Then I hear what sounds like thunder rolling through the house. That’s Mom hitting the wall. I wait for her to scream, but she doesn’t. She whimpers. She must have learned long ago that screaming incites him.”

Per the The Daily Beast, Yamma Brown’s own domestic abuse situation is covered in this excerpt:

“At that moment, lying on that cold tile floor, with my head pounding and my vision blurred, I saw my marriage with absolute clarity, and I knew it was over. I’m not sure why I was so certain this time. Maybe Darren had finally beaten the pretense out of me. My marriage had survived for ten years on false hope and make-believe. Now there was nothing left but the bare and brutal truth. I was an abused woman and I wasn’t going to take it anymore.”

The second book exploring James Brown’s life comes courtesy of the vocalist’s son Daryl Brown. Although “Inside the Godfather” claims the legendary entertainer was murdered by those in his inner circle, no solid evidence is provided by the writer.

“I just have a gut feeling that he was killed,” said Daryl Brown.