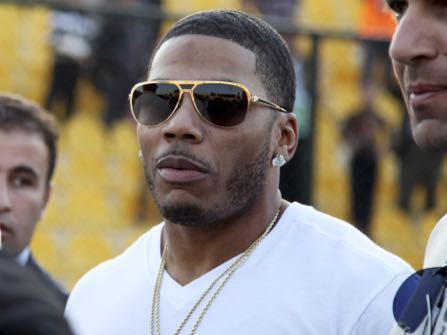 A British woman has revealed a rather detailed account of her alleged sexual assault at the hands of rapper Nelly.

The unidentified female entered a court statement under the pseudonym “Jane Doe 2” accusing the artist of forcing her to give him oral sex backstage after a concert in Essex, England in December 2016.

Her filing was submitted as part of the civil lawsuit of U.S. accuser Monique Green, which was launched after a criminal case against Nelly was dropped in December.

Revealing she and her friends paid to take a photograph with Nelly at his show in Essex, “Jane Doe 2” says he then asked her and her friends to stay behind in his dressing room, before ushering her into a small, dark room nearby. Once Jane Doe 2 and Nelly were alone, she says things quickly took a turn.

Insisting she continued to reject his advances, “Jane Doe 2” continues: “Nelly put his hands down my top and tried to pull it off. This was without my consent.”

The woman says she then tried another maneuver in an attempt to end the encounter by telling Nelly about her husband and kids, to no avail, with the star responding her family “didn’t matter.”

“Nelly then grabbed my hand and placed it on his penis. I pulled my hand away and told him generally the following: That’s enough. Who the f**k do you think you are,” she adds.

She says Nelly’s demeanor “completely changed” and he then forced her to perform oral sex on him.

“Defendant Nelly put his right hand on the back of my head and his left hand on my shoulder and forced my head down pushing his erect penis into my mouth,” she continues. “I was in utter shock. Once he thought had me in position, Defendant Nelly released my shoulder. I jumped back, twisted and fell backwards into the shower curtain. I was able to scramble out of the room.”

“Jane Doe 2” says he then threatened her by stating, “I will find you,” as she left the room with her friends, but says she didn’t contact police right away because she feared they wouldn’t believe her.

Greene’s civil case for defamation and sexual assault against Nelly, who has countersued claiming their encounter following one of his shows in October was consensual, continues on, with the rapper recently filing a motion asking to protect his financial information. Greene claims he raped her on his tour bus.