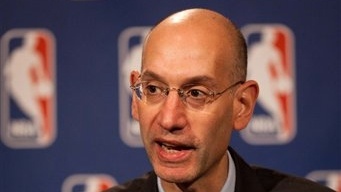 The votes are in, and labor peace in the NBA is virtually assured for several years.

The National Basketball Players Association has completed its process of voting to approve the terms of the next collective bargaining agreement between the league and its players, which was tentatively agreed upon last week. All that’s left to do now is for the sides to sign the deal, which will happen once the writing of the actual document is completed.

Members of the NBA’s Board of Governors voted unanimously Wednesday to approve the deal, and players got their vote done subsequently. The approvals were announced in a simple, short statement Friday night, essentially ending a process that was blissful compared to the rancor-filled mess that surrounded the last round of labor negotiations — ones where a lockout wound up threatening an entire season — five years ago.

“The parties voted based on a term sheet that outline the key deal points,” the league and the union said in that statement. “Once the NBA and NBPA finish drafting and execute the complete agreement, specific details will be released.”

The seven-year deal will go into effect July 1. Either side may opt out after six years.

This era is the most lucrative in NBA history, with salaries and revenues both rising — and if forecasts from both sides are correct that trend will continue for the foreseeable future. The league’s record $24 billion television deal is responsible for much of the money that the sides are essentially sharing, and the average player salary is predicted to reach $8.5 million next season and $10 million within four years under the new deal.

It’s unclear when that process of completing the new CBA will occur. It may not be done for some time, given the document’s size and the complexity of the language involved.