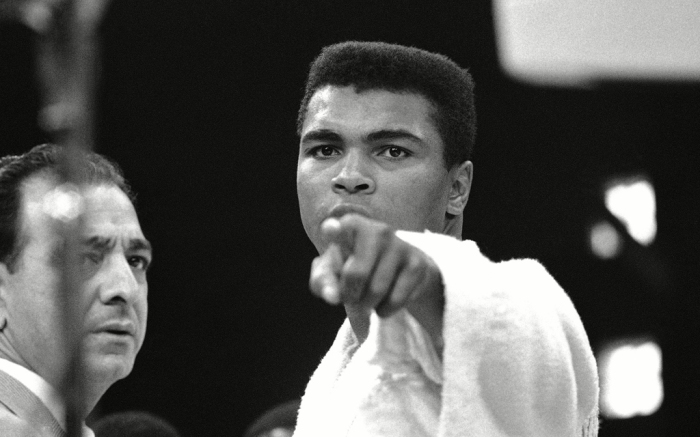 In case you missed it, while talking to reporters at the White House yesterday, he mentioned more potential pardons, saying, “I’m thinking about Muhammad Ali. The pardons are a very positive thing for a president. The power to pardon is a beautiful thing.” Only problem is — there is nothing to pardon.

The legendary Muhammad Ali refused to serve in the Vietnam War, which was illegal, but in 1971 the Supreme Court reversed Ali’s conviction. In addition, President Jimmy Carter gave blanket amnesty to draft evaders in 1977.

Khalilah told TMZ, “He’s gone,” she said. “You want to give somebody a pardon who’s alive. … I think [Trump] probably was a fan of Ali and he thought he would say something positive about him. That must be it, but it’s a little too late for that, he probably did it with good intentions, but he’s on the late show.”