Mother Murdered Protecting Baby After Being Shot in the Head By Husband
POSTED BY WLAS September 22nd, 2014 0 COMMENTS 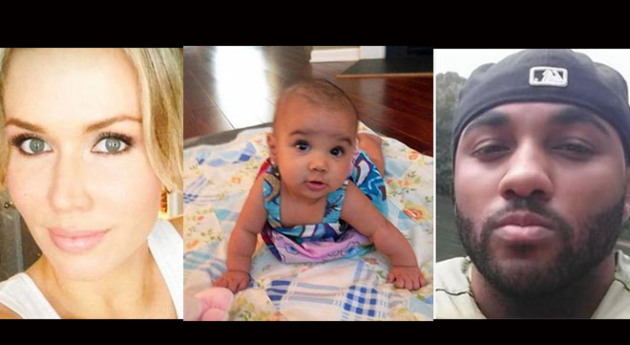 A slain Georgia mother is being called a hero after saving the life of her 6-month-old daughter after being shot in the head by her husband.

According to WSB, 33-year-old Jessica Arrendale was out with her husband, 30-year-old Antoine Davis, on Saturday night when the former Marine reportedly became “belligerently drunk and abusive.”

Arrendale’s mother said that this was not the first time.

Police say later that night, Davis chased Arrendale up the stairs of their three-story town home. She tried to defend herself with a baseball bat but she was overpowered by the former serviceman. He struck her several times with the bat.

Arrendale reportedly locked herself and her baby daughter inside an upstairs bathroom.

Police say Davis, armed with a rifle, burst through the door and shot Arrendale in the head.

Police later responded but unable to contact anyone inside the townhouse, they were reluctant to rush the house, concerned their actions might spark violence.

When they finally went inside the home, police found Arrendale shot to death in the bathroom. Her body was partially covering the baby who had been inside the toilet for approximately 13 hours.

Investigators are not quite sure how, but the mother was able to twist her body in such a way that the infant dropped into the water filled toilet bowl.

Arrendale’s family believes Davis would have also shot the baby, but she was hidden behind her mother’s body. The baby was treated for hypothermia and is currently in DFACS custody.

Davis was found in another room, dead from a gunshot wound. Investigators believe Davis shot Arrendale in the head, then shot himself.

Friends and family have set up a gofundme page to help offset the cost of the funeral and aid in the education of Arrendale’s children.