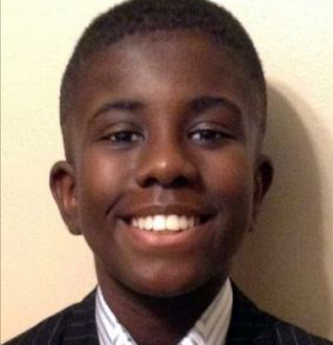 Charlie Bothuell, the 12-year old Michigan boy that was found in the basement of his father and stepmother’s home last Wednesday night is talking and forming a clearer picture to police about why he went missing for 11 days. He’s been checked out by medical examiners who still appear to have more questions than answers.

Asked about some of the scars found on his body, the boy told them that one scar in particular was the result of his father striking him in the chest with a PVC pipe, according to papers released over the weekend.

The boy and his siblings, a 4-year-old stepbrother and 10-month-old stepsister, were removed from the parents’ house, and are now in state custody.

Bothuell said a circular scar they found on his chest was the result of being struck with the pipe. He also told investigators that the stepmother locked him in the basement, “barricaded behind boxes and totes,” and told him not to come out “no matter what he hears,” according to the state’s petition.

Recently, his grandmother spoke out; telling the FBI that when she last saw the boy “he was very skinny, and almost looked like a cancer patient.” She also said he had marks all over his arms and chest.

Charlie’s stepmother, Monique Dillard-Bothuell — who is said to have brought police into all of this in the first place — had been arrested on unrelated probation charges, but was released from jail today.

The boy is staying with his birth mother, while his siblings were turned over to Child Protective Services when their mother was arrested, according to NBC affiliate ClickOn Detroit.

Previous news reports speculated that young Charlie may have feared punishment from his dad for not completing an exhaustive set of daily exercises. The father had not been pleased with his son being over weight when he moved in with him two years ago. The boy is said to have endured thousands of step moves on exercise equipment.