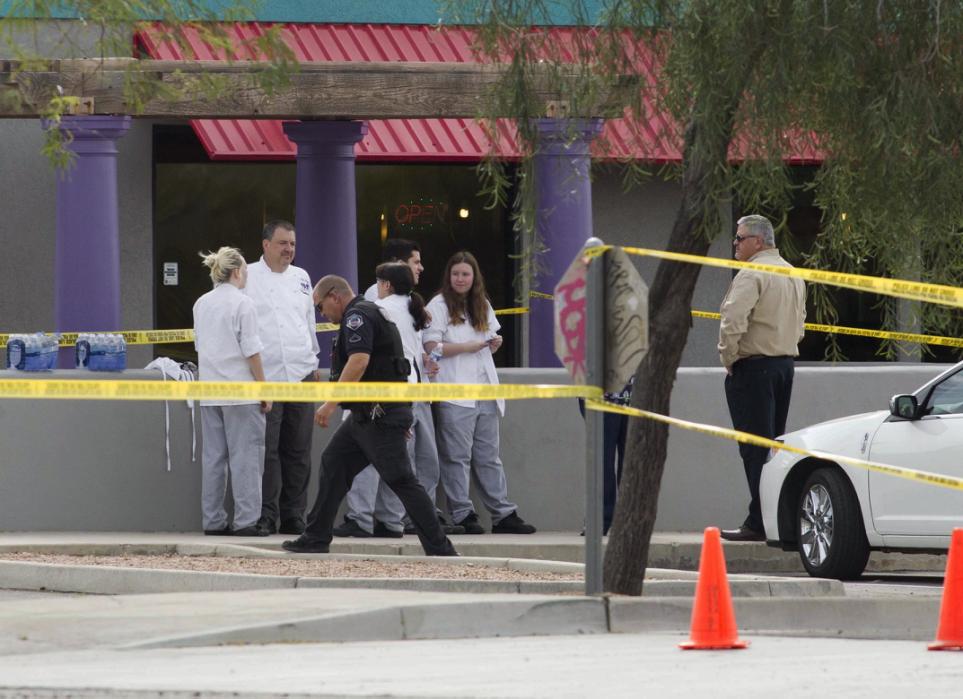 Police in Mesa, Ariz., are searching for a gunman who reportedly killed one person and wounded five others in a shooting spree that rattled the Phoenix suburb on Wednesday.

The suspect was described as a white male in his late 30s or early 40s, wearing a black t-shirt and either black pants and black shorts, and having large tattoos on his neck and face.

“We will find this suspect,” Mesa Interim Police Chief John Meza told reporters at a news conference Wednesday afternoon. “We need the eyes and ears of everybody out there.”

The name of the suspect was not immediately released.

Residents were asked to remain indoors as authorities conducted a door-to-door search.

The shootings occurred Wednesday morning after at several locations, including a restaurant across the street from the East Valley Institute of Technology, which was immediately put under lockdown. Mesa Community College’s Southern and Dobson campus was also placed on lockdown as a precaution. 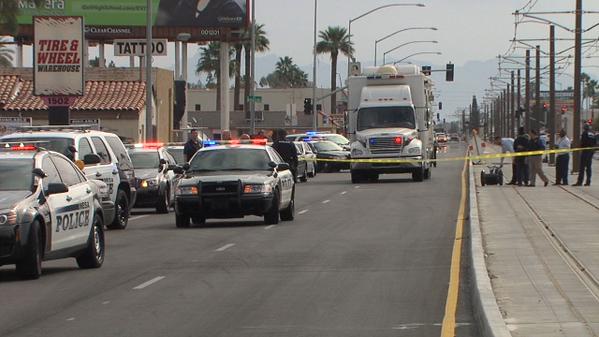 “Do not approach the campus,” a message on the community college’s website read. “If you are on campus, please proceed to the nearest safe location and secure yourself inside.”

A heavy police presence was seen in the area. 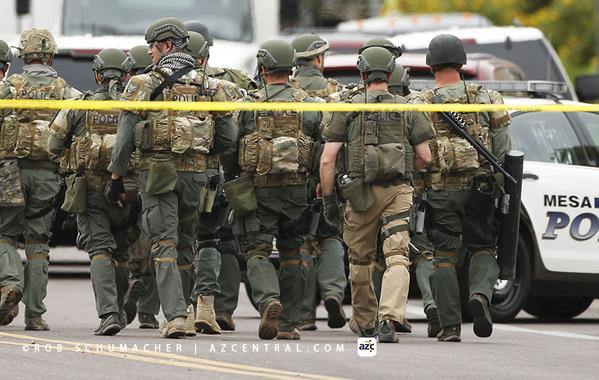 The shooting spree began about 8:40 a.m. at the Tri-City Inn, where three people were shot — one of them fatally — inside a motel room, police said. The gunman then ran to a nearby restaurant, where one East Valley student was shot. He then stole a car — a grey Honda Accord — and attempted a pair of separate home invasions, where he shot two people, police said.

“I’ve spoken to Mayor Giles and offered the full support and resources of the state in handling this senseless shooting,” Ducey said in a statement. “I’ve also directed the Arizona Department of Public Safety to assist Mesa with any and all resources required. Right now, our hearts and prayers are with the people of Mesa, the individuals affected by this tragedy, and all law enforcement and first responders working to assist the victims.”