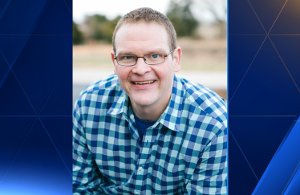 Pastor Shane Duffey made the announcement from the main campus in Anderson during services Sunday morning.

The decision was based on Noble’s personal behavior, which included alcohol and marital issues, Duffey said.Perry Noble.

The message was broadcasted throughout all 17 campuses that belong to the church, and was available to its more than 30,000 parishioners across South Carolina.

Duffey read a statement from church officials that said, “Perry has made some unfortunate decisions,” and that he “is no longer qualified” to continue as pastor.

Noble wrote in a letter, “In the past year or so, I have allowed myself to slide into, in my opinion, the overuse of alcohol. This was a spiritual and moral mistake on my part, as I began to depend on alcohol for my refuge instead of Jesus and others. I have no excuse, this was wrong and sinful, and I’m truly sorry.” 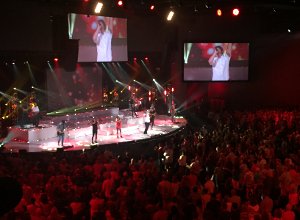 NewSpring In 2005, Noble wrote publicly on his blog about how he overcame an addiction to pornography that he said started as a teenager.

Noble’s departure from the church was effective July 1.

Noble founded NewSpring 20 years ago after holding services in a living room, according to the NewSpring website.

Church officials said the new building is still set to open as planned in early August in Powdersville.

Duffey said Executive Pastor, Clayton King, will serve as interim pastor while the church begins the search for a permanent replacement.

Duffey said Noble is now being treated by a psychiatrist.